PNB fraud case: The non-compliance of the advice has been mentioned in the CVC's annual report for 2017 tabled in Parliament recently. The report comes at a time when the bank is facing multiple agency  probe  in the over Rs 13,000 crore loan fraud allegedly committed by billionaire  jeweller  Nirav Modi and his uncle, Mehul Choksi, the promoter of Gitanjali Gems 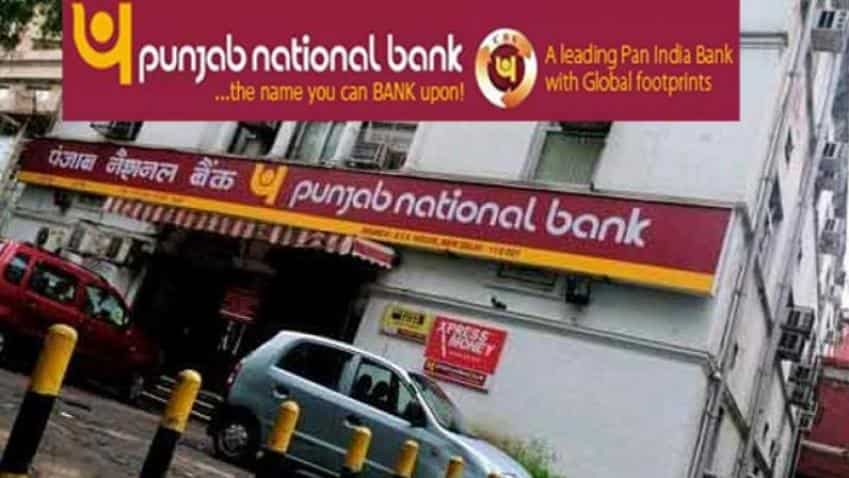 PNB fraud case: CVC report says PNB sanctioned a Cash Credit limit of Rs 200 lakh and Term Loan of Rs 150 lakh to a firm for setting up a manufacturing unit in Dehradun against mortgage that was found unviable. Image source: PTI
Written By: PTI
RELATED NEWS

Scam-hit Punjab National Bank is among some government organisations which ignored the Central Vigilance Commission (CVC) advice to act against its allegedly corrupt staff, the anti-corruption body has stated in a new report. The non-compliance of the advice has been mentioned in the CVC's annual report for 2017 tabled in Parliament recently. The report comes at a time when the bank is facing multiple agency probe in the over Rs 13,000 crore loan fraud allegedly committed by billionaire jeweller Nirav Modi and his uncle, Mehul Choksi, the promoter of Gitanjali Gems. The latest CVC report refers to a case in which the PNB sanctioned a Cash Credit (CC) limit of Rs 200 lakh and Term Loan (TL) of Rs 150 lakh to a firm for setting up a manufacturing unit in Dehradun against mortgage of property that was find unviable.

"(The) loan was secured by hypothecation of stocks, plant and machinery mortgage of factory land valued at Rs 42 lakh and mortgage of another immovable property as collateral security situated in Delhi. "Further CC limit of Rs 150 lakh & TL of Rs 50 lakh was sanctioned for setting up Unit II. Charge over existing collateral security was extended and a second immovable property in Delhi was also mortgaged," the CVC said. It has been observed that the bank accepted the two properties situated in Delhi "without ensuring genuineness of property papers as well as its geographical location", it said.

In case of one property, the seller was not the rightful owner, while the other was found to be a 'gram sabha' land and thus both mortgages were found to be defective and not enforceable, the Commission said, without mentioning when the deals took place. "The bank (later) reported that the chain of title deeds at the time of equitable mortgage was not critically examined independently by the concerned official and the report of advocate was simply relied upon," it said. The Commission advised initiation of major penalty proceedings against the senior manager of the PNB. Out of 14 charges, the inquiry officer has held only two charges as proved and one charge as partly proved.

"On conclusion of inquiry, the disciplinary authority proposed to levy a minor penalty of 'censure'," the CVC said. The Commission decided to treat the case as a deviation from its advice and to report the same in the annual report, it said.
Government departments like Railways Ministry, Department of Telecommunications, Civil Aviation Ministry, Road, Transport and Highways Ministry, Exim Bank of India, Finance Ministry, Steel Ministry, Ministries of Coal and Defence, and Delhi Jal Board which also did not folow the CVC advice in some cases against allegedly corrupt staff.

"Non-acceptance of the Commission's advice or non-consultation with the Commission vitiates the vigilance process and weakens the impartiality of vigilance administration," the CVC said in the report. Giving details of another case, the Commission said a Group General Manager (GGM) of the Indian Railway Catering and Tourism Corporation Ltd (IRCTC) was caught red-handed by the CBI in his office demanding and accepting illegal gratification. The Commission had advised prosecution and initiation of major penalty proceedings on January 15, 2013. On being approached for reconsideration after four years, the Commission reiterated its advice on August 28, 2017, it said.

The disciplinary authority did not implement the Commission's advice and issued administrative warning to the then GGM of IRCTC on August 30, 2017 for lapse regarding non-intimation of transaction of certain movable properties. "The procedure laid down for consultation has also not been followed before deviating from the advice of the Commission," the report said.