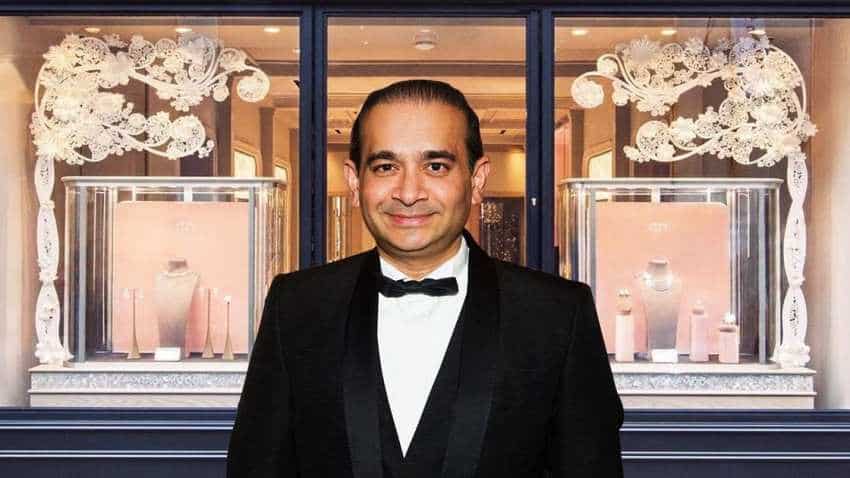 Fugitive diamond merchant Nirav Modi will file a third bail plea Wednesday before a UK court, which has already rejected his bail twice before as he fights his extradition case in the Punjab National Bank (PNB) fraud and money laundering case amounting to up to USD 2 billion. Chief Magistrate Emma Arbuthnot is scheduled to hear the third bail application at Westminster Magistrates' Court in London.

It remains unconfirmed whether Modi will appear in person or via videolink from Wandsworth prison in south-west London, where the 48-year-old has been lodged since his arrest in March. His barrister, Clare Montgomery, will seek to convince the judge of a change of circumstances in order to seek bail for a third time at the same court.

"He has had his two bail applications in the lower court. He can only make a third application if he can persuade the court that there has been a change in circumstances. He is arguing a change of circumstances based on new evidence," said a spokesperson for the UK's Crown Prosecution Service (CPS), which represents the Indian government in the extradition proceedings.

"He will have to seek to persuade the Judge that this constitutes a change of circumstances and that he should be permitted to make another bail application," the spokesperson said.

Modi's legal team, led by solicitor Anand Doobay, have previously offered 1 million pounds as security alongside an offer to meet stringent electronic tag restrictions on their client's movements, "akin to house arrest". It remains to be seen how they plan to bolster the application for a third attempt before the same court.

"This is a case of substantial fraud, with loss to a bank in India of between USD 1-2 billion. I am not persuaded that the conditional bail sought will meet the concerns of the government of India in this case," Judge Arbuthnot had said, when rejecting the previous bail application.

She also noted that "very unusually in a fraud case", Modi had made death threats to witnesses and also attempted to destroy evidence in the case. The diamond dealer's "lack of community ties" in the UK and an attempt to acquire the citizenship of Vanuatu - a remote island in the South Pacific Ocean - in late 2017 went against him, as the judge said it seemed like he was trying to "move away from India at an important time".

The CPS team, represented by barrister Nick Hearn from Furnival Chambers, is expected to oppose the latest bail application on similar grounds.

At the last hearing in the extradition case on April 26, when Modi had appeared before Judge Arbuthnot via videolink from prison, no application had been made for bail and he was further remanded in judicial custody until May 24.

The court was also told that May 30 had been tentatively ear-marked as the first case management hearing ahead of an extradition trial, but it now remains to be seen how the case will progress after the latest bail application.

Earlier, the CPS had confirmed that Modi intends to appeal against his bail rejection in the UK's High Court. However, the bail hearing this week will take place at the same lower court on the basis of "change of circumstances".

Modi was arrested by uniformed Scotland Yard officers in central London on March 19. During subsequent hearings, Westminster Magistrates' Court was told that Modi was the "principal beneficiary" of the fraudulent issuance of letters of undertaking (LoUs) as part of a conspiracy to defraud PNB and then laundering the proceeds of crime.

Meanwhile, the diamond merchant remains behind bars at one of England's most overcrowded prisons ? Her Majesty's Prison (HMP) Wandsworth, where he can hold sessions with his legal team to deliberate on the course of his extradition proceedings. His lawyers had urged the judge to allow them more time with their client than the few hours a week permitted by the jail.