PNB has detected a USD 1.77 billion (about Rs 11,400 crore) scam where billionaire jeweller Nirav Modi allegedly acquired fraudulent letters of undertaking from a branch in Mumbai to secure overseas credit from other Indian lenders. 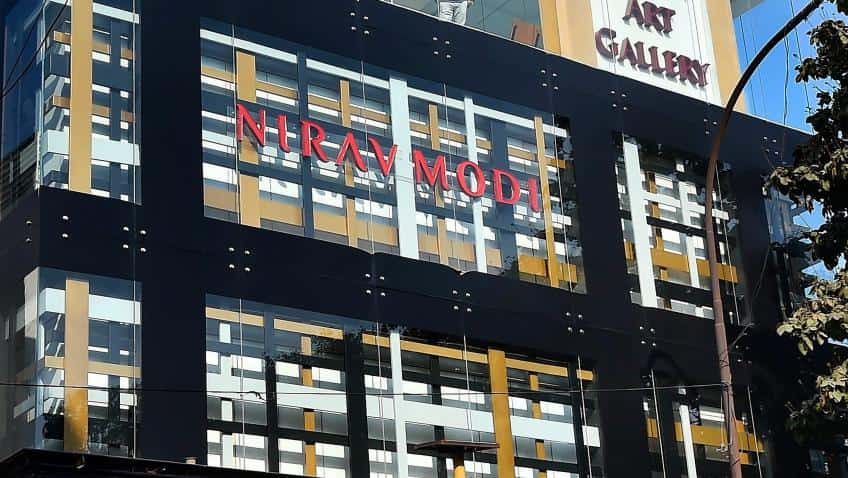 Union Finance Ministry today said the assets in the Nirav Modi fraud case involving state-owned Punjab National Bank (PNB) will be recovered and nobody will be spared.

Talking to reporters on the PNB fraud case, Financial Services Secretary Rajiv Kumar said the bank will make the required provisioning and it has "sufficient" funds for it, adding "Whole lot of assets will be recovered. Nobody will be spared."

Kumar said the issue is an "isolated case of a single branch" and all possible action will be taken against the guilty persons, and added, "This is not likely to escalate to other banks. We have already frozen the case."

He said that all other banks have been alerted about the case.

PNB has detected a USD 1.77 billion (about Rs 11,400 crore) scam where billionaire jeweller Nirav Modi allegedly acquired fraudulent letters of undertaking from a branch in Mumbai to secure overseas credit from other Indian lenders.

PNB has suspended 10 officers and referred the matter to CBI for investigation.

Also read: Who is Nirav Modi?

The CBI has received two complaints from the PNB against Nirav Modi and a jewellery company alleging fraudulent transactions.

The Enforcement Directorate also conducted multiple searches in connection with a money laundering case against Modi and others following a complaint by PNB.

No one involved in PNB fraud case will be spared: BJP

Under attack from the Congress over a Rs 11,400 scam allegedly involving designer Nirav Modi, Union minister Ravi Shankar Prasad said no one involved in the PNB fraud case would be spared and the investigation was proceeding at a rapid pace.

Addressing a press conference at the party office, Ravi Shankar Prasad rejected the Congress' allegation that the prime minister had a private meeting with Nirav Modi.

He also clarified that Nirav Modi was not part of the delegation to Davos led by Prime Minister Narendra Modi and had reached there on his own.

"I wish to make it very clear on the behalf of the government that no one who has sought to derail ordinary banking system shall be spared, regardless of any individual's stature and status," Prasad told reporters.

Meanwhile, accusing the government of doing nothing to stop "independent India's biggest bank fraud" despite being informed of it, the Congress today released a picture of Nirav Modi with the business delegation accompanying the prime minister to Davos at the World Economic Forum meet last month.

The party also released a copy of a complaint by a Bangalore resident Hari Prasad, seeking early action against Nirav Modi and his business partner Mehul Choksi, that it said was acknowledged by the Prime Minister's Office on July 26, 2016.

The Left and the Trinamool Congress asked the government to clarify how was accused Nirav Modi present in a group photo of Indian CEOs with the Prime Minister in Davos.

"If this person had fled India before the FIR on Jan 31, then he is here, photographed at Davos with PM, a week before the FIR, after having escaped from India? Modi government must clarify (sic)," Yechury tweeted.

"There is a pattern in how people who have defrauded Banks in India, are allowed to escape by the Modi government," he had earlier said in another tweeted today.

Yechury also alleged that the government allowed the rich to loot public money while the poor and the middle class had to pay taxes.

CPI leader D Raja said it was the second largest nationalised bank fraud to come to the public domain and it had been going on for several years. He asked why the CBI took so long and the bank authorities failed to initiate an enquiry.

Scam-hit PNB today said Nirav Modi has come up with "some vague offers" to repay the amount, even as the Enforcement Directorate continued raids at properties connected with the jeweller designer.

Addressing a press conference, PNB Chairman and Managing Director Sunil Mehta also said the bank will take "full-capacity" action against the wrongdoers in the fraud case, which started in 2011.

PNB has suspended 10 officers over the scam and referred the matter to the CBI for investigations.

Mehta said the bank detected the fraud and has referred the matter to the law enforcement agencies.

"Nirav Modi has not come out with any concrete plan to repay so far. But they're coming out with some vague offers, which are under examination," Mehta said.

On questions regarding recovery of the amount, Mehta said the process has been initiated and the Enforcement Directorate has started seizing assets, adding "We are trying to protect the interest of all the lenders."