India's November PMI data is at a 13-month high. Roll-out of GST along with ‘higher order volumes’ led to PMI expansion. 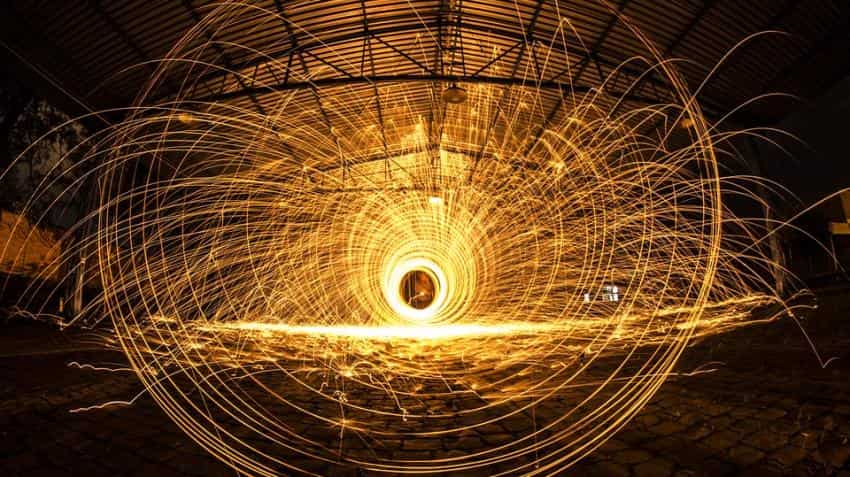 This has been the highest PMI registered since October 2016. Representational image of sparks flying during a construction project. Image Source: Pixabay
Written By: ZeeBiz WebTeam
RELATED NEWS

Nikkei India Manufacturing Purchasing Managers’ Index, or PMI, rose to a 13-month high of 52.6 in November form 50.3 the previous month.

“A reading above 50 indicates economic expansion, while a reading below 50 points toward contraction,” Nikkei said.

This has been the highest PMI registered since October 2016. It is also the fourth consecutive month of expansion, as per Bloomberg data.

“India's manufacturing economy advanced on its path to recovery as disruptions from the recent tax reform (GST) continues to diminish," said Aashna Dodhia, Economist at IHS Markit, which compiles the survey. “The upward movement in the headline index was driven by a marked increase in output. Furthermore, the rate of expansion quickened to the strongest since October 2016. A combination of higher order book volumes and a decrease in GST rates reportedly contributed to greater production,” the Nikkei report read.

A rise in the manufacturing sector`s output pushed India`s growth rate higher to 6.3% during the second quarter of 2017-18.

“Underlying data indicated that the central bank is less likely to adopt an accommodative stance as input cost inflation intensified to the fastest since April. At the same time, firms were unable to fully pass on higher cost burdens to price-sensitive clients. “The current phase of expansion led to business sentiment picking up as growth momentum seems likely to continue over the near-term,” Dodhia said.

However input cost inflation in India remained high, the report pointed out. Among the items reported as being up in price were chemicals, steel and petroleum products.

“The rate of growth remained weaker than the trend seen since the inception of the survey in March 2005,” the report said.