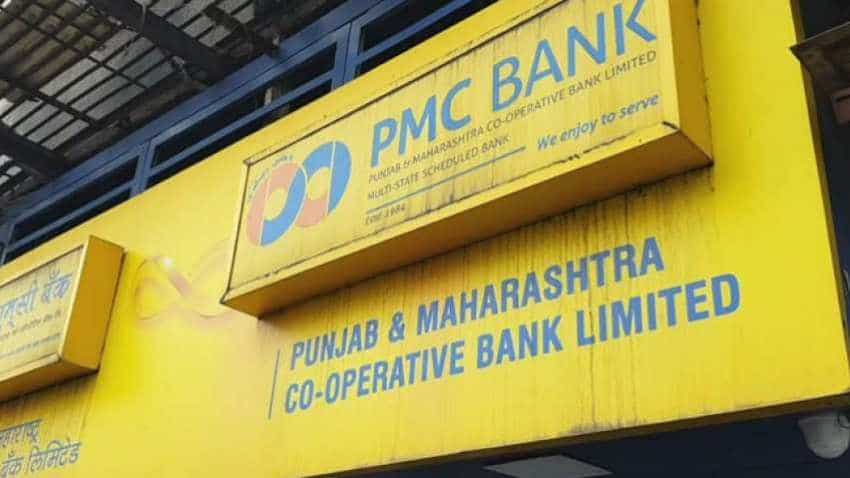 PMC Bank scam: Over 100 agitated depositors of the crisis-hit Punjab & Maharashtra Cooperative (PMC) Bank Ltd staged a protest outside the Esplanade Court in Mumbai today, demanding justice. According to an IANS report, the protesters carried placards and banners, shouted slogans against the Reserve Bank of India (RBI) and waved posters reading: "Two Lives Taken, RBI - How many more lives will be gone". The protest came after the death of two depositors - 51-year-old Sanjay Gulati on Monday and 61-year-old Fattomal Punjabi - whose entire life savings remain inaccessible after the RBI`s sanctions imposed on September 23 on the PMC Bank. Reports indicate that a third person, a doctor with a PMC Bank account, has also died.

Some senior depositors squatted on the roads outside the court premises, others protested in groups and a few went around with posters saying: "Vote For NOTA", in reference to the October 21 Maharashtra Assembly elections. A few affected persons reportedly demanded that the RBI should immediately lift curbs on the bank to mitigate the sufferings of depositors.

Later, a delegation of the protesters met the police who informed them of the actions being taken and the steps already taken. They were also assured that none of the perpetrators of the scam in the PMC Bank would be spared, the report said.

Notably, a Mumbai court sent two directors of HDIL - Rakesh Wadhawan and Sarang Wadhawan, and PMC Bank`s ex-Chairman S Waryam Singh to judicial custody till October 23. These persons were arrested in connection with the Rs 4,355 crore scam in the bank.

Meanwhile, one more depositor of PMC bank has put an end to her life, said a Zee Business report, adding that Mumbai's Nivedita Bijlani committed suicide in her house.

Initially, the RBI allowed depositors to withdraw a paltry Rs 1,000, followed by Rs 25,000 and now raised to Rs 40,000, but the customers have been demanding full access to all their accounts.

First death was that of Sanjay Gulati, 51, of Oshiwara in Mumbai. Gulati had four accounts with PMC Bank with about Rs 90 lakh in deposits. In his family of four, there are two children, one of them is a special child. He is known to have already spent a huge amount on the treatment of his special child, but after the scam, he was facing trouble for even minor expenses for the treatment and was not able meet other expenses of his family.

59-year-old Fattomal Punjabi from Mulund is another victim who died of a heart attack on Tuesday around 12.30 pm. Fattomal used to run a hardware and electrical store in Punjabi Mulund, and has deposited his hard earned money in PMC Bank.