Noting that CPSEs have modern R&D infrastructure, in addition to the facilities that exist in CSIR and ICAR etc, he said that innovation and research now need to be integrated. In this context, he called for greater information sharing among CPSEs and Government Departments. 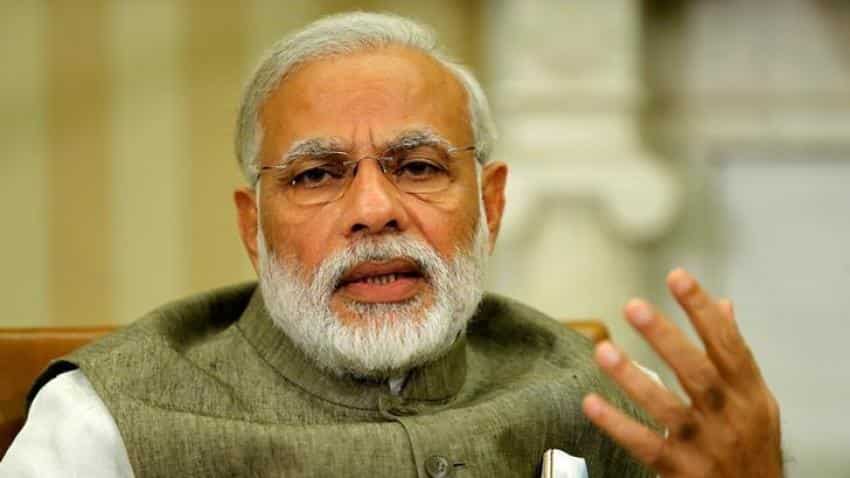 Prime Minister Narendra Modi today exhorted public sector units to help in the making of a New India through changes in technology and processes. For this he said, PSEs would need a 5-P formula – Performance, Process, Persona, Procurement and Prepare. Elaborating on the same, he mentioned improving operational and financial performance; transparency and accountability in processes; procurement through the GeM platform and from MSMEs; and preparation for technological disruptions such as Artificial Intelligence, Quantum Computing and Robotics.

Addressing the CPSE conclave at Vigyan Bhawan, the Prime Minister described this conclave as a new beginning in the public sector sphere. Thematic presentations were made to the Prime Minister on subjects such as corporate governance, human resource management, financial re-engineering, innovations and technology, and Vision 2022 for New India.

Appreciating the presentations, he said the Centre has given operational freedom to the public sector undertakings, so that they can improve their performance. He said PSUs have contributed significantly in nation-building, and in the nation’s economy, since independence.

The Prime Minister said that for Public Sector Enterprises, both profit and generating social benefit are important. Complimenting the PSE employees for their contribution, he said that major objectives of the government, such as electrifying all unelectrified villages, and providing LPG connections to the poor, could not have been fulfilled without the hard work of the PSE workers.

"It is not enough to rest on past laurels, but is also important to adapt to emerging challenges. He said enterprise and innovation should be the guiding principles in the 21st century. He said Incentives, Imagination and Institution Building would be the three keys to success," the Prime Minister said.

Out of the 500 biggest companies in the world, the Prime Minister said that one-fourth belong to the public sector in some country. He suggested that Indian PSUs can link with PSUs with other countries, and develop a comprehensive strategy for overseas investment. He said PSUs can also play a key role in reducing India’s import bill.

Noting that CPSEs have modern R&D infrastructure, in addition to the facilities that exist in CSIR and ICAR etc, he said that innovation and research now need to be integrated. In this context, he called for greater information sharing among CPSEs and Government Departments.

He also suggested that the CSR spend of CPSEs should be focused largely on one specific theme each year. In this context, he noted the success that was achieved when this CSR spend was utilized for toilet construction in schools. He said one good theme could be the development of aspirational districts. He said CPSEs can also take up skill development programmes, as part of CSR.

The CPSEs can work as role models in many areas such as paperless work culture, cashless transactions, and waste management, he said, expressing hope that CPSEs would participate in a big way in realizing the resolve of New India.