Prime Minister Narendra Modi today took oath as a Lok Sabha member and said that an active Opposition is important in a parliamentary democracy. 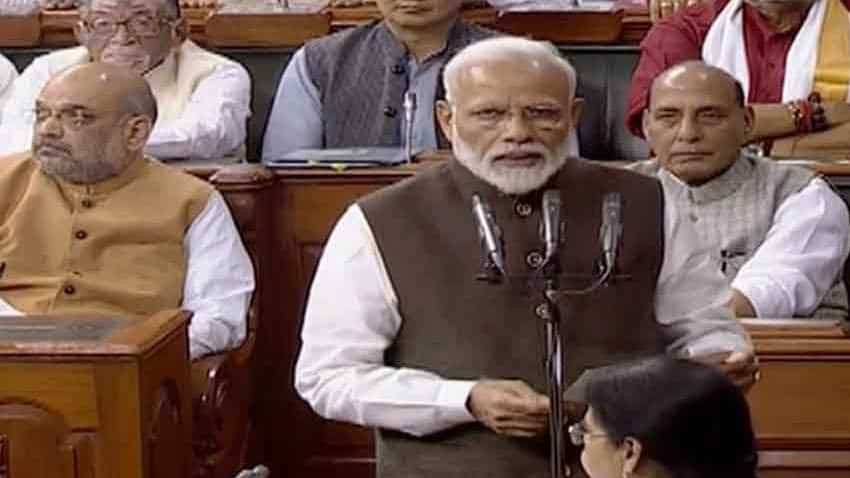 Speaking to the media ahead of the commencement of the 17th Lok Sabha, Modi said he is hopeful that this session will be productive. Source - BJP LIVE.

He urged all MPs to think of the country when in the House and address issues related to the larger interest of the nation. "When we come to Parliament, we should forget Paksh (treasury) and Vipaksh (opposition). We should think about issues with a 'nishpaksh' (non-partition) spirit and work in the larger interest of the nation," he said. PM Modi also said the new House has a high number of women MPs. "My experience suggests that when the Parliament functions smoothly, we are able to fulfil numerous aspirations of the people of India," he said.

Meanwhile, Union Parliamentary Affairs Minister Pralhad Joshi said that the government and opposition parties should work together for the welfare of the people.

"As per the mandate, ruling party and opposition hold a role to play for the country. We have to work together for the welfare of the people and keeping the country`s interest in mind. The Prime Minister has guided us to work together for the nation. We all are making the efforts to achieve the same," Joshi told reporters ahead of the first Parliament session of the 17th Lok Sabha.

He also urged the Opposition to work with the government to ensure the smooth passage of Bills which are to be tabled during the month-long session. He added that the upcoming Budget will focus on common people and the poor. The Union Budget 2019 is set to be presented on July 5.