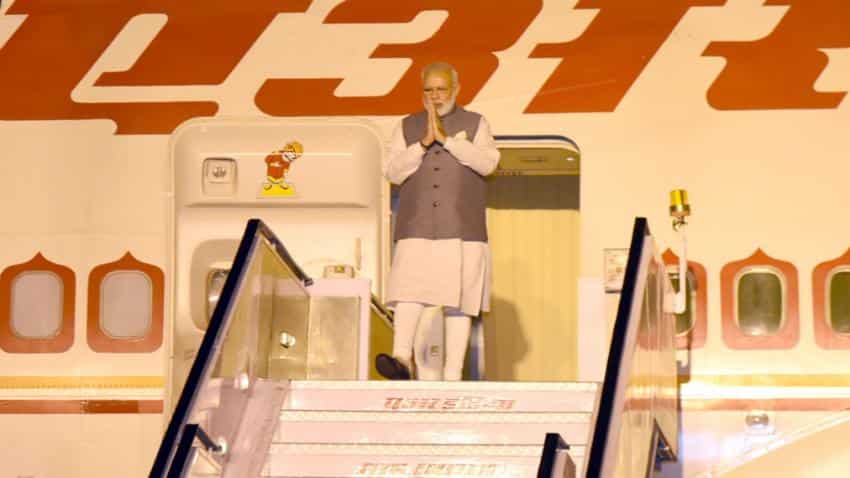 The maiden meeting between US President Donald Trump and Prime Minister Narendra Modi would "set forth a vision" to expand the US-India partnership in an ambitious way, the White House has said.

The leaders of the world's two largest democracies, home to 1.6 billion people, will meet on June 26 to discuss a gamut of bilateral issues including terrorism and India's concerns over possible changes in H1B visa rules.

"I think you can expect the two of them to set forth a vision that will expand the US-India partnership in an ambitious and worthy way of both countries' people," White House Press Secretary Sean Spicer told reporters at his daily news conference.

Spicer said the two leaders were expected to set forth a "common vision" on expanding the US-India partnership. He cited fighting terrorism, promoting economic growth and reforms and expanding security cooperation in the Indo-Pacific region as shared priorities.

"President Trump and Prime Minister Modi will look to outline a common vision for the United States-India partnership that is worthy of their 1.6 billion citizens," Spicer said.

Trump invited Modi to Washington after the latter rang him in January to congratulate the new president on his inauguration.

"The president and the prime minister have had a number of positive phone conversations, and expect to further that discussion ... Whether it's economic growth and reforms, fighting terrorism, expanding our cooperation as major defence partners," Spicer said in response to a question.

The bilateral talks appear to be no bed of roses as they come amidst thorny issues like US' plans to reduce the number of H-1B visa slots that are mainly used by Indian IT workers, and its withdrawal from the historic climate accord.

The White House said that the US-India trade has grown six-fold since 2000, from USD 19 billion to USD 115 billion in 2016, despite the recent hiccups over the H1-B visa issue.

"US energy and technologies, including natural gas, are helping to build Prime Minister Modi's vision for a new India and creating thousands of US jobs in the process," Spicer said.

Notably, Modi's US visit, which would begin on June 25, comes in the backdrop of Trump's announcement to withdraw the US from the historic Paris Climate Agreement signed by over 190 other countries.

In his announcement of the decision for which he received a global condemnation, Trump had blamed India and China for the US withdrawal.

"India makes its participation contingent on receiving billions and billions of dollars from developed countries," he had said.

Strongly rejecting Trump's contention, India said it signed the Paris deal not under duress or for lure of money but due to its commitment to protect the environment.

During his visit to France this month, Modi even said that India would "go above and beyond" the Paris deal to protect climate for the future generations.

Apart from ways to enhance trade and business cooperation, Modi and Trump are expected to discuss defence ties.