Many states are already running their health insurance schemes like Aarogyasri in Andhra Pradesh, Mukhyamantri Swasthya Bima Yojana in Jharkhand & Uttarakhand, Biju Krushak Kalyan Yojana in Odisha, and Comprehensive Health Insurance Scheme in Kerala. Whether the states would continue to run these programmes, or adopt Ayushman Bharat, is not clear yet. 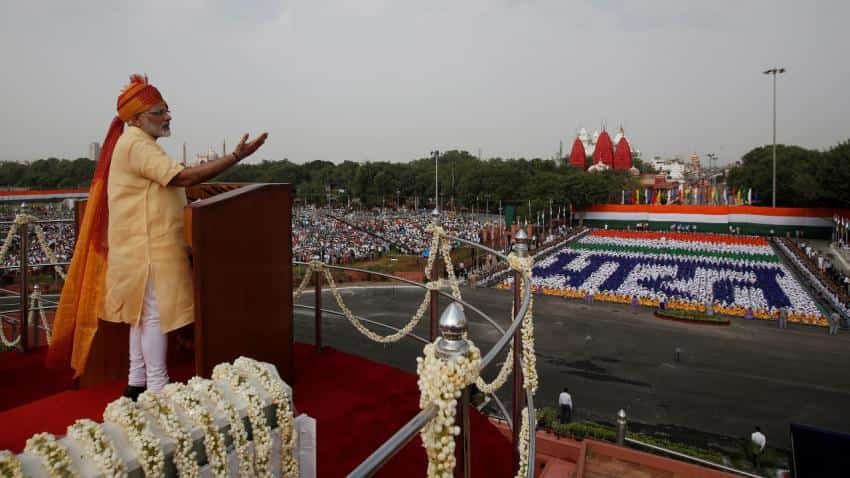 Prime Minister Narendra Modi may announce the Ayushman Bharat Scheme, National Health Protection plan, on August 15, 2018, from the ramparts of the Red Fort. Sources close to the development informed Zee Business's Anurag Shah that the Ayushman Bharat scheme will form the part of the Prime Minister's 71st Independence speech. A senior Insurance official said, “all government insurance companies have been asked to prepare for the launch of the scheme” because the PM will launch the scheme on 15th August. "There are concerns related to the premium that will be paid under the scheme and the insurance companies have requested the government to raise the premium amount for those who will take the benefit of the scheme," the official said.

The companies have told the government that the premium amount that stands at nearly Rs 1,000 is too less, and have requested to raise the amount to between Rs 2000 and Rs 2500.

Earlier on May 7, the Prime Minister reviewed the progress of preparations towards the launch of the ambitious Health Assurance programme under Ayushman Bharat. Senior official said, “Tamil Nadu, West Bengal and Punjab are the states that have questioned the scheme.” The expenditure incurred in premium payment will be shared between Central and state governments in a specified ratio of 60:40.

The Prime Minister had inaugurated first 'Health and Wellness Centre' under the Ayushman Bharat in Chhattisgarh's Bijapur district on April 14, 2018, on the occasion of Ambedkar Jayanti.

Many states are already running their health insurance schemes like Aarogyasri in Andhra Pradesh, Mukhyamantri Swasthya Bima Yojana in Jharkhand & Uttarakhand, Biju Krushak Kalyan Yojana in Odisha, and Comprehensive Health Insurance Scheme in Kerala. Whether the states would continue to run these programmes, or adopt Ayushman Bharat, is not clear yet.

The scheme seems highly beneficial as it is a step towards achieving equal rights for citizens' healthcare. It is bound to generate employment and economically empower various sections of society. The package rates decided by the government for private hospitals would assist in keeping the costs low.

Ayushman Bharat is a National Health Protection Scheme, which will cover over 10 crore poor and vulnerable families (approximately 50 crore beneficiaries) providing coverage up to Rs 5 lakh per family per year for secondary and tertiary care hospitalization.

During the Budget 2018-19, Finance Minister Arun Jaitley said that a new programme due for implementation called ‘Ayushman Bharat Yojana’ will be officially adopted on August 15, 2018.

This scheme is a collection of two major health schemes, namely, Health and Wellness Centers Establishment and National Health Protection Scheme. As of now, primacy health services in India provide maternal health services, new born, child health and support to priority communicable diseases only that amounts only 15% of needs, but under the Ayushman Bharat, protection against non-communicable diseases will also be provided, making a huge difference to healthcare industry in India.

Benefits of the Ayushman Bharat are portable across the country and a beneficiary covered under the scheme will be allowed to take cashless benefits from any public/private empanelled hospitals across the country. Ayushman Bharat will be an entitlement based scheme with entitlement decided on the basis of deprivation criteria in the Socio-Economic and Caste Census (SECC) 2011 database.