Prime Minister Narendra Modi is likely to inaugurate country’s first sea-plane service on October 31. A seaplane from the Maldives arrived here in Ahmedabad on Monday. 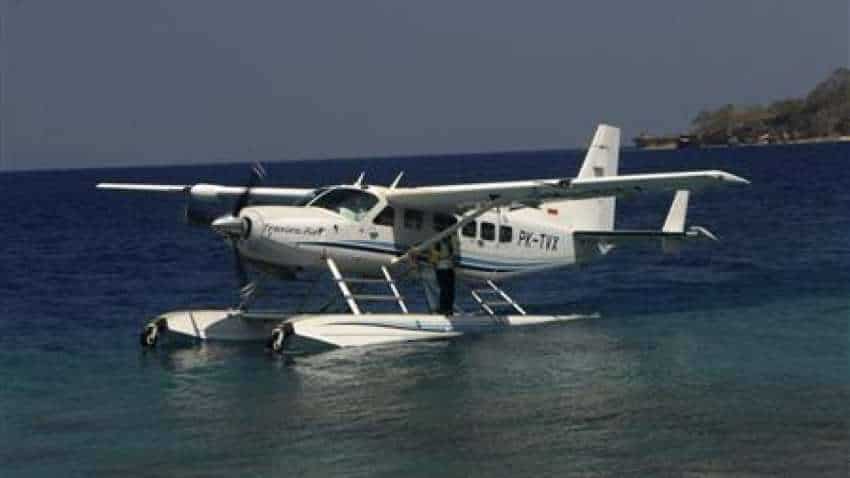 According to a release from the Defence wing, the seaplane, which will be operated by SpiceJet, is a Twin Otter 300 and registered in the name of Spicejet Technic. On Sunday afternoon, the seaplane took off from the Maldives' capital Male and landed inside Venduruthy channel for a technical halt, before arriving in Gujarat.

The 19-seater seaplane will fly four times a day. The fare has been kept at Rs 4,800 per passenger. It will land in Lake No 3 of the Sardar Sarovar Dam. Though the PMO is yet to announce officially the PM’s programme, the prime minister is likely to be in Gujarat for a day to kick start the service.

Earlier this year, the state government had announced that a MoU was signed on July 22 this year between Chief Minister Vijay Rupani and the Ministry of Civil Aviation (MoCA) and Airports Authority of India to start the “first-ever seaplane services in Gujarat to provide seamless and affordable air connectivity from Sabarmati Riverfront, Ahmedabad to the Statue of Unity, Kevadia. The kind of service is first ever in the country.”

Modi had taken a seaplane flight from Sabarmati Riverfront in Ahmedabad to Dharoi in December 2017, ahead of the Gujarat assembly polls that year. According to the statement, the water aerodrome scheme is being implemented by the terms and conditions of a tripartite agreement between the state government, Ministry of Civil Aviation (MoCA), and the Airports Authority of India.

Have job, but no hours: Some employed Canadians not working at all

Jupiter, Saturn to look like double planet for 1st time in 800 years

Not blessed with power-hitting skill but try to score briskly: Rahul

''Permanent commission not even given to 50% women army officers''