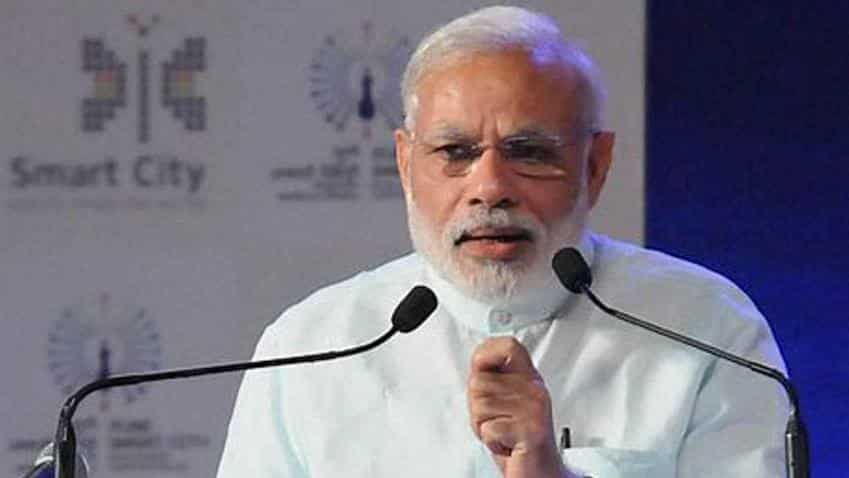 2. The BHIM Referral Bonus Scheme is launched for individuals which will incentivise existing BHIM users for bringing new users on the BHIM platform

3. The BHIM Merchant Cashback Scheme is launched for merchants which will incentivise them with cashback up to Rs 300 per month

With an aim to reward BHIM App users, prime minister Narendra Modi on Friday announced two schemes under the BHIM App on the occasion of the 126th birth anniversary of Dr Babasaheb Ambedkar in Nagpur in Maharashtra.

Modi had launched the Bharat Interface For Money (BHIM) App in December last year to boost the digital payments in India.

The BHIM App is positively impacting several lives across the nation: PM @narendramodi

"We are reaching a time when the mobiles phones will be where financial transactions will take place: PM @narendramodi," he said.

We are reaching a time when the mobiles phones will be where financial transactions will take place: PM @narendramodi

According to the blog on the Indian government website, more than 1.8 crore people have downloaded the BHIM App.

Here's a breakdown of the two schemes launched on BHIM App:

The BHIM Referral Bonus Scheme is launched for individuals and will incentivise existing BHIM users for bringing new users on the BHIM platform and encouraging the new users to do transactions with others using BHIM or by referring new users on BHIM. Hence, the bonus will be paid to both the referrer and the new user of BHIM (referee), cited the Indian government website.

The referral will be considered successful only after three unique successful financial transactions have been completed by the new user.

On completion of minimum three unique successful transactions totalling only Rs 50 to any three unique users (either to customers or to merchants), the referrer and the referee will be notified about the bonus amount via notification in BHIM App.

The referrer will get Rs 10 per successful referral, while the new users will get Rs 25 for downloading and transacting from BHIM App.

The scheme incentivises not just one-time adoption of BHIM by merchants, but will also encourage transactions via BHIM mode (either QR code or VPA or Mobile number or “Pay to Aadhaar”).

The cashback to the merchant can be up to Rs 300 per month, with each merchant eligible to win up to Rs 1,800 in six months.

BHIM App is available both on the Google Play Store and the iOS App store.