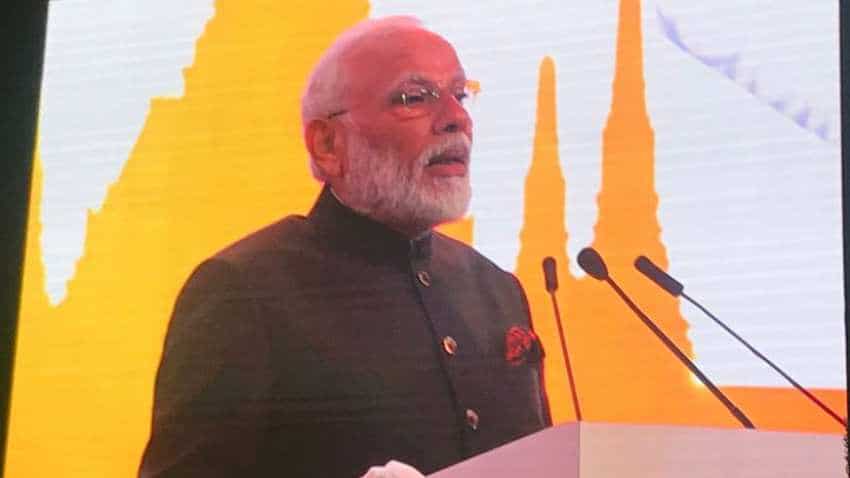 Prime Minister Narendra Modi invited business leaders from various countries to invest in India on Sunday morning. Addressing business leaders in Bangkok, the prime minister highlighted economic reform initiatives taken by the government. He said that the current government has taken various steps to make business in the country easier. He said that the government is now introducing face-less tax assessment so no investor will face discretion or harassment.

He said that due to reform initiatives Ease of Doing Business, Ease of Living, and FDI are rising in the country.  PM Modi was speaking at golden jubilee event of the Aditya Birla Group in Thailand. "Transformative changes are arising due to ambitious missions undertaken. When these ambitious missions are energised by the partnership of people, they become vibrant mass movements," the Prime Minister said.

Congratulations to the @AdityaBirlaGrp for 50 years of their global presence. Watch from Bangkok. https://t.co/acZs7WDH38

"When my government took over in 2014, India’s GDP was about 2 trillion dollars. In 65 years, 2 trillion. But in just 5 years, we increased it to nearly 3 trillion dollars. This convinces me that the dream of a 5 trillion dollar economy will soon become a reality. We are going to invest One Point Five Trillion Dollars for next-generation infrastructure," he said.

PM Modi added that India’s initiatives such as Digital India, Skill India, Ganga Rejuvenation Project, Swachh Bharat Mission, Smart Cities and Jal Jeevan Mission offer good opportunities for partnership. "For years, money spent on the poor could not really reach the poor. My government ended this culture thanks to DBT (direct benefit transfer)," he said.
DBT has ended the culture of middlemen and inefficiency. It has left little scope for error. DBT has saved over $20 billion so far, the Prime Minister added.