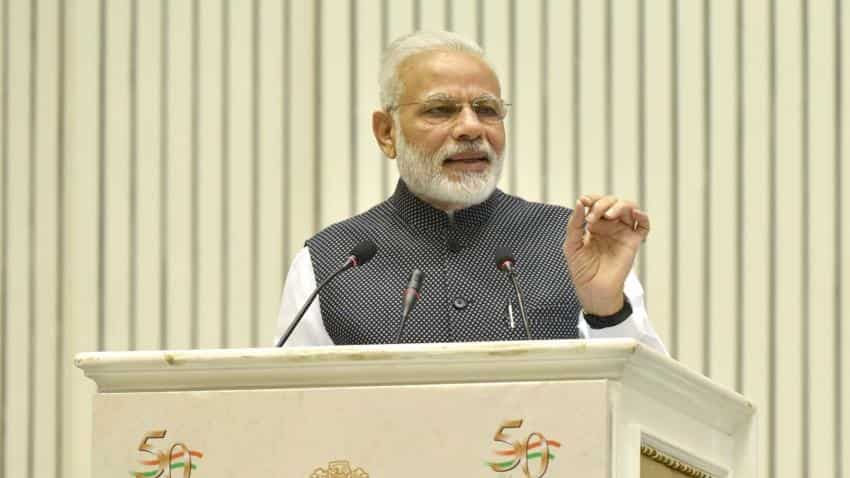 Prime Minister Narendra Modi announced a series of incentives to the poor, farmers, women and small businesses on Saturday in a New Year`s address, and defended his recent decision to abolish high denomination bank notes.

The televised speech was widely seen as an opportunity for Modi to shore up support after a radical move on November 8 to withdraw all Rs 500 and Rs 1,000 notes, accounting for 86% of currency in circulation.

Millions of Indians were forced to queue outside banks for hours to deposit old money and withdraw as much new currency as was permitted, causing widespread anger and raising concerns about India`s economic growth in the current quarter.

The so-called "demonetisation" was designed to crush India`s huge shadow economy, increase tax revenues and promote the use of bank accounts and digital transactions, but perceptions that the ambitious operation was botched have hurt Modi`s standing.

It comes only weeks before Uttar Pradesh (UP), India`s most populous state with 200 million people, holds an election that will test whether the popular leader has been significantly weakened.

Modi praised Indians for their forbearance.

"In this fight against corruption and black money, it is clear that you would like to walk shoulder to shoulder with us (the government)," Modi said.

"For us in government, this is a blessing ... Corruption, black money, and counterfeit notes had become so rampant in India`s social fabric, that even honest people were brought to their knees."

The prime minister, who swept to power in 2014 on the back of promises to root out graft, said the authorities would continue to stamp it out.

"Serious offences by bank and government officials have come to light. No one will be spared," he said.

There were steps to help pregnant women and senior citizens, as well as financial support for farmers, an apparent bid to win backing among the huge rural population of Uttar Pradesh (UP) that has been hit hard by the cash overhaul.

Modi did not say how the government would pay for the measures, although economists said the package was unlikely to be too costly. It was unveiled as the government gears up to announce its annual budget, probably some time in February.

"It`s clear that Modi is chastened and he had no big bang offerings today," said Mohan Guruswamy, chairman of the independent economic think-tank Centre for Policy Alternatives.

"He is clearly doing this to win back political support."

The Uttar Pradesh (UP) poll will be a litmus test for Modi and his ruling Bharatiya Janata Party (BJP), and will go some way to determining the prime minister`s chances of winning a second term in office in national polls scheduled for 2019.

While he has introduced several major reforms to Asia`s third largest economy, the cash ban is seen as his biggest political gamble to date.

Members of the main opposition Congress party were quick to criticise the speech.

"It was his day to present a report card and specifically disclose the benefits of `demonetisation`, but clearly the entire drive has been a failure," he said.

In his speech, Modi sought to cast the move as something all Indians should support.

"I urge all parties and leaders to move away from a `holier than thou approach,` to come together in prioritising transparency, and take firm steps to free politics of black money and corruption."

ALSO READ: War on black money round up: Seven initiatives that PM Modi took in 2016