Pai (47), who is the first ever Indian American Chairman of the Federal Communications Commission, wonders how his parents would have reacted years ago had they been told that their son would one day accompany the US president to India. 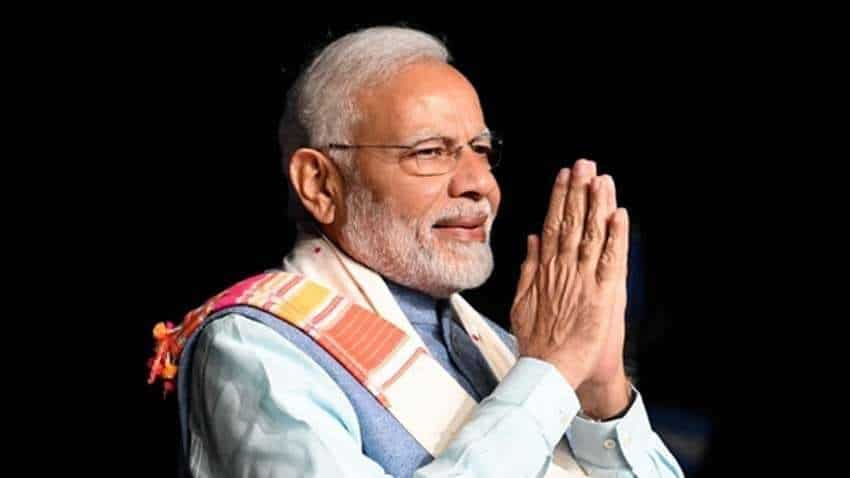 "See you very soon in Ahmedabad," he said, responding to a tweet by Trump that he was leaving for India with the US First Lady.

Trump will reach Ahmedabad around noon on Monday.

Around five decades after his parents landed in the US, Indian American Ajit Pai is travelling to India on board the Air Force One along with President Donald Trump.

Pai (47), who is the first ever Indian American Chairman of the Federal Communications Commission, wonders how his parents would have reacted years ago had they been told that their son would one day accompany the US president to India.

He is among the two Indian Americans travelling to India along with Trump, the other being Kesh Patel, special assistant to the president and senior director for counter-terrorism.

"If I could go back in time to 1971, just after my parents' weddings, I wonder what those two young adults would say if you told them that just one generation later their son would be representing the top levels of the United States government visiting the country in which they had grown up,"said Pai.

"I have a feeling that they would say what they often do now and a belief I carry in my bones, only in America," Pai said in a video posted on Twitter.

Pai said during his India trip, they we will be discussing issues of mutual interest like 5G and bridging the digital divide.

"We will aim to deepen the friendship between the worlds oldest democracy and its largest," he added.

Looking forward to this trip not just professionally but personally, Pai said his mother grew up in Bengaluru while his father was raised in Hyderabad.

Shortly after their wedding in 1971, they came to America with just USD 8, a transistor radio and the "faith that the American dream would be within reach", he said.

"Like so many immigrants, they sacrificed to give me opportunities they did not have. And it was my grandparents who instilled in us the value of hard work and the vision to dream big," he said.
"As the first Indian American to serve as the chairman of the Federal Communications Commission, I feel a responsibility to them and other immigrants like them to be worthy of their sacrifices," Pai said.

In another tweet, that he had posted in 2019, Pai shared the passport of his maternal grandfather which was issued in 1937 to work as a clerk in Bahrain, where his mother was born in 1945.