Jaitley will address a special session on January 11 on GST to detail rollout plans for the indirect tax regime. 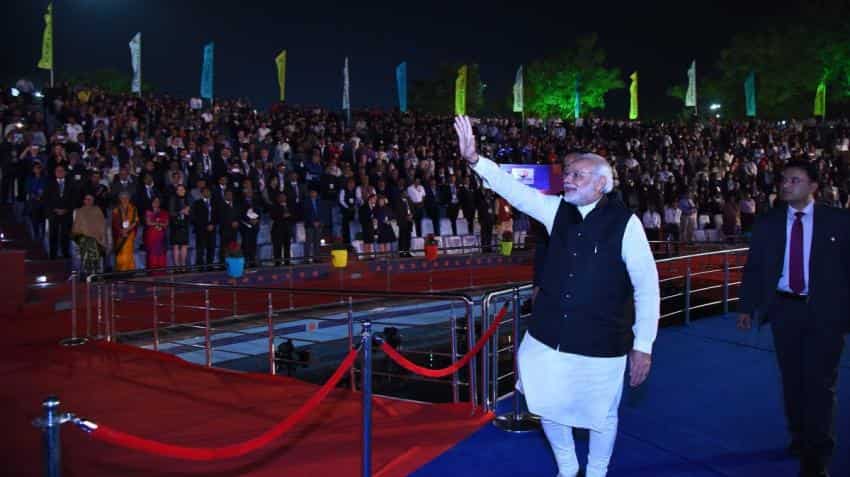 The event comes at a time when the country is gearing up to implement GST. Photo: Official website
Written By: PTI
RELATED NEWS

Prime Minister Narendra Modi to inaugurate today the eighth edition of Vibrant Gujarat Global Summit (VGGS), that will be attended by Fortune 500 CEOs, including John Chambers of Cisco and Boeing's Bertrand Marc Allen.

Gujarat is targeting to sign a record 21,190 MoUs with investment commitment of close to Rs 30 lakh crore during the three-day Summit that will see more than 6,000 delegates participating in eight seminars and business-to-business and business-to-government meetings.

Modi, who arrived here for pre-Summit events, will host a lunch for heads of foreign delegations tomorrow afternoon ahead of the inauguration.

Touted as the biggest of the biennial business summits, which was conceived and launched by Modi when he was Gujarat chief minister in 2003, VGGS will be attended by top Union Ministers, including Finance Minister Arun Jaitley and Power Minister Piyush Goyal.

The discussions during the roundtable would largely revolve around global as well as Indian investment climate and business opportunities.

Theamed 'Sustainable Economic and Social Development', the Summit - to be held between January 10 and 13 - will also bring together heads of States and Governments, Ministers, senior policy makers, heads of international institutions and academia.

Jaitley will address a special session on January 11 on GST to detail rollout plans for the indirect tax regime.

The three-day summit is expected to culminate into a slew of partnerships, MoUs and investment commitments in the state of Gujarat.

The event comes at a time when the country is gearing up to implement its biggest tax reform GST, and has also demonetised high value currency notes to deal with blackmoney.

The partner countries for the Summit include the US, the UK, Sweden, Japan, France, the UAE and Singapore. The summit will see participation from over 110 countries.