In a wonderful gesture, PM Narendra Modi today presented the 'Assocham Enterprise of the Century Award' to Ratan Tata to mark the contribution of the business group in the India's progress. 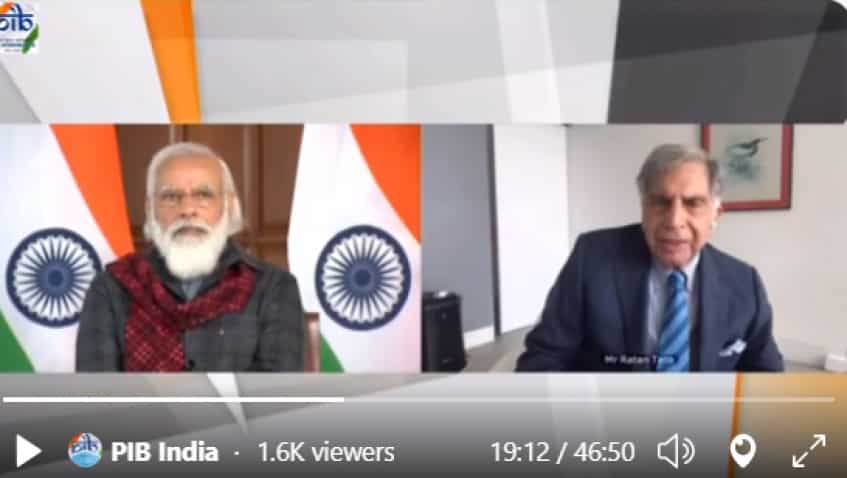 In a wonderful gesture, PM Narendra Modi today presented the 'Assocham Enterprise of the Century Award' to Ratan Tata to mark the contribution of the business group in the India's progress. PM Narendra Modi also praised Tata Group for its role in India's development in his speech. PM said, "Tata Group has played an important role in India's development."

Speaking at the Assocham Foundation Week 2020 event, Modi said in the last 100 years the industry chamber has witnessed ups and downs of India's development, including the country's independence struggle.

On his part, Tata Group Chairman Emeritus Ratan Tata thanked PM Modi for leading the country from front during the difficult time of pandemic and hoped that the industry will now take forward the benefits of his strong leadership.

"It's not cosmetic, it's not showmanship, it has put the country together showing we can stand up and marshal our efforts to do what you have set ourselves to do.

"It is now our job as industry, to follow this, to show the benefits of this leadership which I am quite confident we will do," Tata said.