PM Modi-led government one of most trusted in the world, says OECD report

India ranked third among OECD countries wherein citizens had the most trust in their economy. 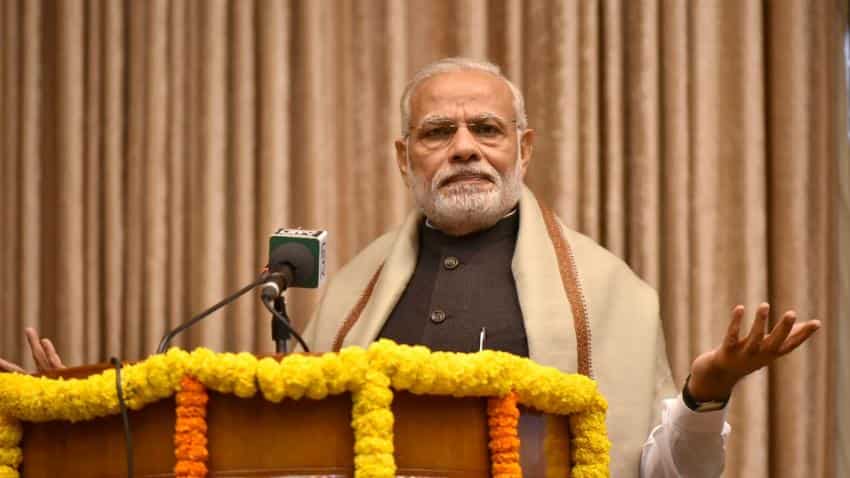 More good news for the Narendra Modi led government comes to light as the findings of a report revealed that the BJP-led government is one of the most trusted globally.

The report by Organisation for Economic Co-operation and Development (OECD) on Sunday revealed nearly three fourth of all Indians who said they have confidence in their national government.

India ranked third among OECD countries that showed most trust in their governments.

A question of confidence: the countries with the most trusted governments https://t.co/7uxffqvXTE pic.twitter.com/1PA8nJeMo2

“Trust in government is strongly correlated with citizens’ approval of their country’s leadership and perceived spread of corruption in government in OECD countries,” the report by OECD said. 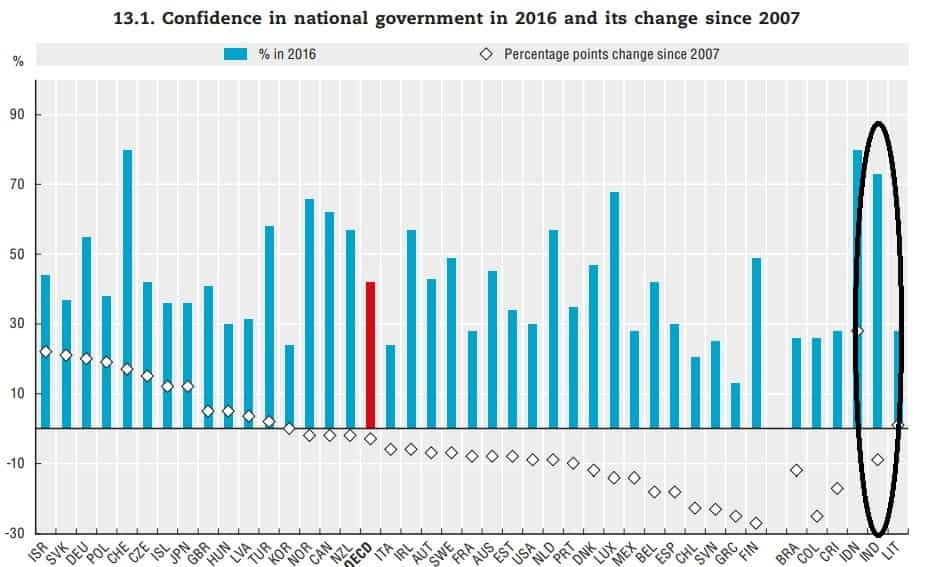 Australia ranked last when it came to bestowing trust in the government.

Last week in a survey conducted by Pew Research Center said that nine out of ten Indians currently hold a ‘favourable’ opinion of PM Modi.

The economy under the Modi led government was also seen in better light as compared to the leadership under Congress and the Gandhis.

“BJP supporters have a more positive opinion on the economy than Congress supporters. But both groups are similarly satisfied with the direction of the country, despite a partisan gap of 18 points in 2016,” the report said.

After receiving its highest credit rating in more than a decade by investor services, Moody’s, India’s Gross Domestic Product (GDP) per capita income moved up a notch to place 126th globally.

India’s investment grade ranking was changed to Baa2 from Baa3 earlier and outlook has been changed to ‘stable’.

Moody's expects real GDP growth to moderate to 6.7% in the fiscal year ending in March 2018.

“However, as disruption fades, assisted by recent government measures to support SMEs and exporters with GST compliance, real GDP growth will rise to 7.5% in FY2018, with similarly robust levels of growth from FY2019 onward,” the report added.