Prime minister Narendra Modi will begin his six-days visit to four countries-Germany, Spain, Russian and France- from May 29 and will end his journey on June 3. 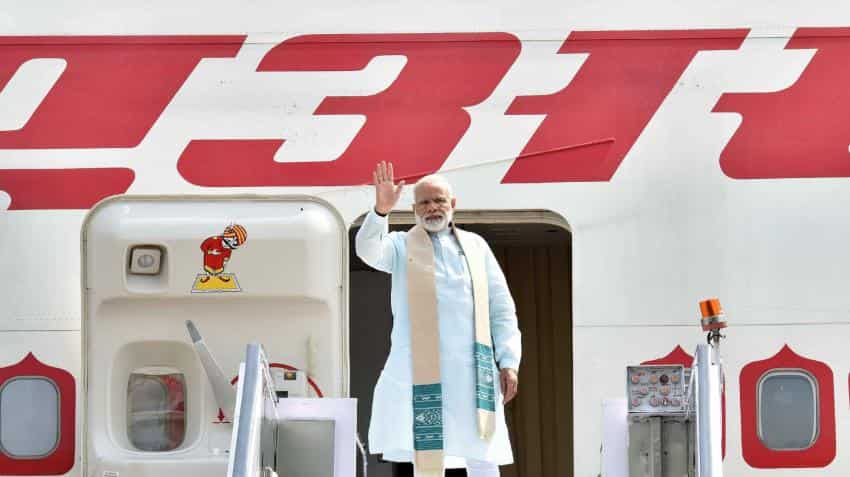 1.PM Narendra Modi will begin his visit to four countries from May 29

3.He will end his six-days visit to four countries on June 3

He will visit Germany, Spain, Russia and France beginning from May 29, cited the Press Information Bureau (PIB) statement.

Here is the list of Modi's journey to four countries:

2. He will begin his visit from Meseberg near Berlin in Germany wherein he will hold discussions on issues of regional and global importance

3. On May 30, Modi along with German Chancellor Angela Merkel will hold the Fourth India-Germany Intergovernmental Consultations (IGC) to review the state of bilateral relationship of both countries

4. Besides, in Berlin, Modi and Merkel will interact with top business leaders of both the countries to further strengthen the trade and investment ties

5. From May 30 to May 31st, Modi will pay official visit to Spain and his visit is considered to be the first visit of Indian prime ministers in last three decades

6. On May 31st, Modi will meet Spain's prime minister Mariano Rajoy to discuss ways to enhance bilateral engagement, especially in the economic sphere, and co-operation on international issues of common concern,  particularly in combating terrorism

7. During his visit to Spain, Modi will meet leading chied executive officers (CEOs) of Spanish industry and encourage them to partner with India in its 'Make in India' initiative

8. From May 31st to June 2, Modi will visit St Petersburg in Russia for the 18th India-Russia Annual Summit

9. On June 1st, Modi will be conducting detailed discussions with Russia's President Vladimir Putin to take forward the dialogue from the last Summit in Goa in October 2016

10. At the beginning of his visit to Russia, Modi will go to Piskarovskoye Cemetery to pay homage to those who perished during the siege of Leningrad

11. From June 2 to June 3, Modi will visit France and will have an official meeting with the newly elected French President H E Emmanuel Macron on June 3