Prime Minister Narendra Modi has launched Ujjwala 2.0 on Tuesday from Uttar Pradesh's Mahoba. The aim of this initiative is to provide LPG connections under Pradhan Mantri Ujjwala Yojana. 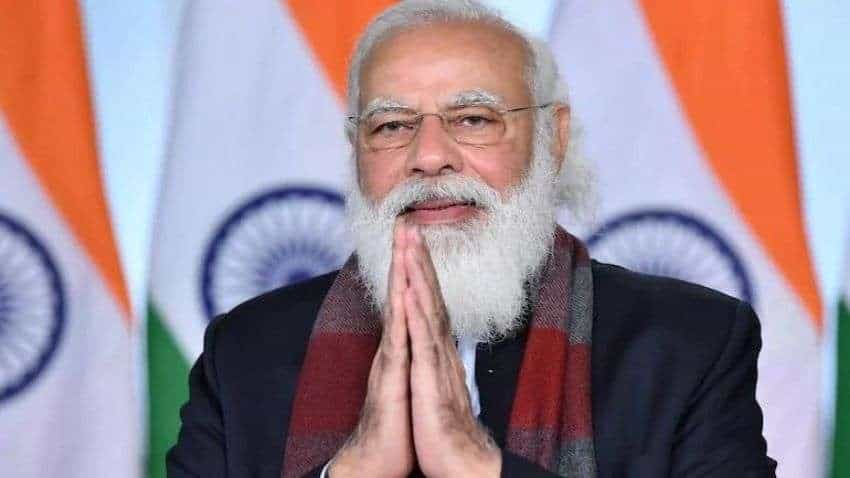 Prime Minister Narendra Modi has launched Ujjwala 2.0 on Tuesday from Uttar Pradesh's Mahoba. The aim of this initiative is to provide LPG connections under Pradhan Mantri Ujjwala Yojana.

According to a PTI report, after the formal launch, the prime minister distributed free gas connections to 10 women virtually. Uttar Pradesh Chief Minister Adityanath handed over the documents to the women on behalf of the PM.

One can also hear PM Modi's speech at the launch of Ujjwala 2.0. PMO India has tweeted the video from its official Twitter account.

The PTI report further states that during the Ujjwala 1.0 launched in 2016, a target was set to provide LPG connections to five crore women members of BPL households. Subsequently, the scheme was expanded in April 2018 to include women beneficiaries from seven more categories such as SC and ST communities and forest dwellers.

Again, the target was revised to eight crore LPG connections. As per PTI, this was achieved in August 2019, seven months ahead of schedule, officials said.

In the Union Budget for 2021-22, provision for an additional one crore LPG connection under the scheme was announced.

These one crore additional connections under Ujjwala 2.0 aim to provide deposit-free LPG connections to those low-income families who could not be covered under the earlier phase of PMUY.

Along with a deposit-free LPG connection, Ujjwala 2.0 will provide first refill and hotplate free of cost to the beneficiaries. As per the PTI report, the enrolment procedure will require minimum paperwork and in Ujjwala 2.0, migrants will not be required to submit ration cards or address proof.

A self-declaration for both 'family declaration' and as a 'proof of address' will suffice, they said.

Ujjwala 2.0 will help achieve the prime minister's vision of universal access to LPG, it said.

Union Petroleum and Natural Gas Minister Hardeep Singh Puri was also present on the occasion. In his address, Union minister Puri said that the use of wood and coal for cooking has adverse effects on health of women.