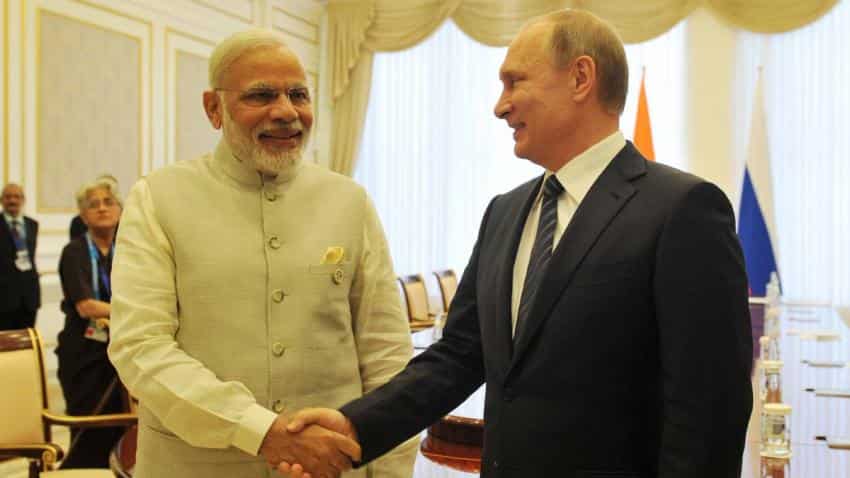 Modi on his part thanked Russia for its support in SCO. Photo: Twitter
Written By: ANI
RELATED NEWS

President Putin said India is a special and privileged partner, asserting that there is a long standing friendship between both the nations.

Modi on his part thanked Russia for its support in SCO and said India as BRICS chair would keep up the momentum generated by Russia. During the meeting, both the leaders discussed cooperation in civil nuclear energy, partnership in the gas and petrochemicals sector and space sector.

Final meeting of the day in Tashkent with a trusted partner of India. PM @narendramodi meets with President Putin pic.twitter.com/KlS3lNjbsm