Prime Minister Narendra Modi underscored India's firm commitment to make the strategic Indo-Pacific an area for shared economic growth, saying it has been "our lifeline, and also the highway for trade and prosperity. 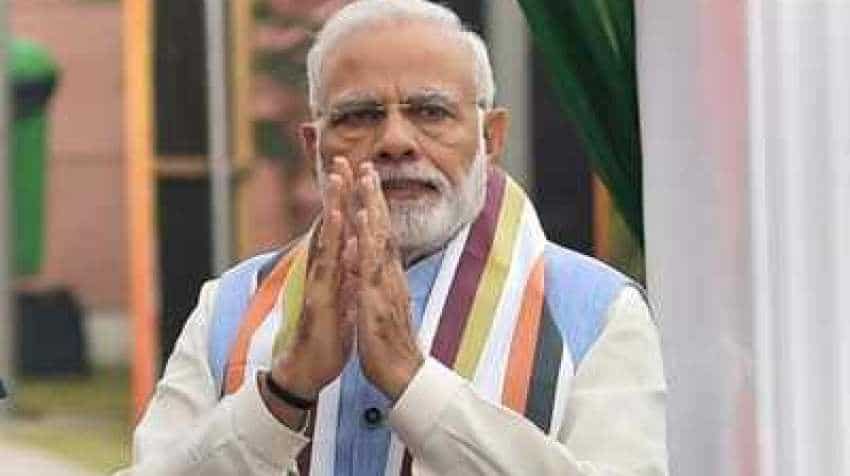 Prime Minister Narendra Modi underscored India's firm commitment to make the strategic Indo-Pacific an area for shared economic growth, saying it has been "our lifeline, and also the highway for trade and prosperity. PTI
Written By: PTI
RELATED NEWS

Prime Minister Narendra Modi underscored India's firm commitment to make the strategic Indo-Pacific an area for shared economic growth, saying it has been "our lifeline, and also the highway for trade and prosperity." Modi, who arrived in the South Asian archipelago nation on Saturday to strengthen the bilateral ties on his first foreign visit since being elected to a second term in May, made the remarks during his address to the Maldivian Parliament. "The Indo-Pacific area is our lifeline and also the highway for trade and prosperity. This is the key to our shared future in every sense," he said. Modi underlined that at the Shangri-La Dialogue forum in Singapore last June, he had stressed on working together "to create openness, integration and balance" in the Indo-Pacific region.

India, the US and several other world powers have been talking about the need to ensure a free, open and thriving Indo-Pacific in the backdrop of China's rising military maneuvering in the region. Describing Maldives as "a marine neighbour" and a 'friend', Modi said, 'there is no small, big, weak and powerful in friends. The foundation of peaceful and prosperous neighbourhood rests on trust, goodwill and cooperation."

China has been trying to expand its military presence in the Indo-Pacific, which is a biogeographic region, comprising the Indian Ocean and the western and central Pacific Ocean, including the South China Sea. China claims almost all of the South China Sea. Vietnam, the Philippines, Malaysia, Brunei and Taiwan have counter claims over the sea. In a veiled reference to Chinese predatory lending, Modi said, "India has always shared its achievements with the world. India's development partnership is to empower people, not to weaken them and neither to increase their (partner countries) dependence on us or to put an impossible burden of debt on the shoulders of future generations."

There is a growing criticism from several countries, specially from the US and India, that the massive loans being doled out by China for different projects, specially in smaller countries over and above their capacity to pay, has resulted in long term indebtedness. Maldives is also weighed down by USD 3 billion in debt to China. Male owes the money to Beijing for infrastructure projects undertaken by Chinese companies during the former China-leaning president Abdulla Yameen's tenure in office.

China views Maldives as key to its Maritime Silk Road project in the Indian Ocean. Neighbouring Sri Lanka was forced to hand over its Hambantota port to China last year on a 99-year lease after failing to repay a loan. Soon after taking office last year, President Solih warned of a "dire" economic crisis as he turned to India for help, signalling an end to the pro-China stance of his predecessor Yameen. India had announced a USD 1.4 billion financial assistance to the island nation.