"The Ministry of Agriculture has been working on this (proposal) and therefore they will pursue it on a mission mode. This is one scheme where implementation has to be ensured. We should be able to do it," he said. 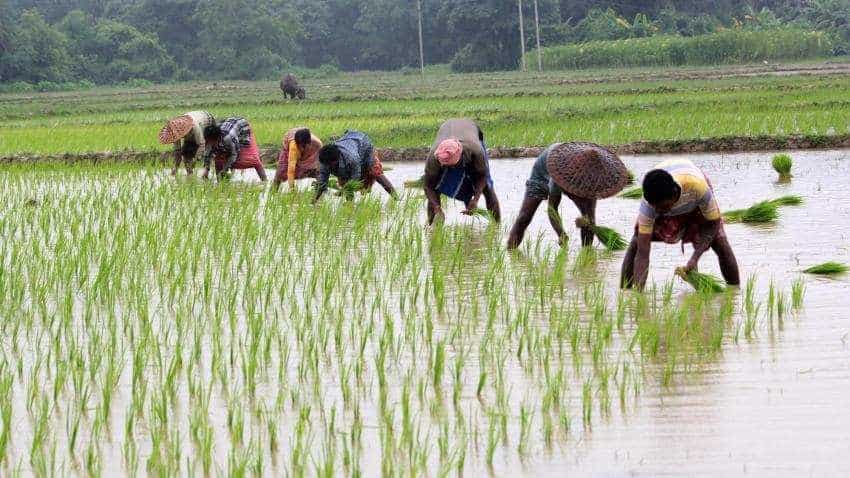 The government has already earmarked Rs 20,000 crore for disbursement in the current fiscal to an estimated 12 crore farmers, Image source: IANS

The Centre has written to all states, directing them to quickly identify small and marginal farmers who will receive Rs 2,000 as the first installment by March-end under the Rs 75,000-crore income support package announced in the Budget, Niti Aayog Vice Chairman Rajiv Kumar said Saturday.

The government has already earmarked Rs 20,000 crore for disbursement in the current fiscal to an estimated 12 crore farmers.

In his Budget speech, Finance Minister Piyush Goyal announced a scheme 'Pradhan Mantri Kisan Samman Nidhi' under which Rs 6,000 per year would be provided to farmers holding cultivable land of up to 2 hectares.

In an interview to PTI, Kumar expressed confidence that there would not be any major difficulty in implementing this farm package, except in north-eastern states where it might take a little more time.

"The Ministry of Agriculture has been working on this (proposal) and therefore they will pursue it on a mission mode. This is one scheme where implementation has to be ensured. We should be able to do it," he said.

The interim budget reflects the government's concern for small and marginal farmers, he said, adding "it does not give handout to the entire farming community".

Kumar said in some states preparations will have to be done on an urgent basis and "to that end the secretary agriculture has written a letter on February 1, addressed to all the chief secretaries and principal secretaries agriculture".

In the letter, he said, the Centre has written that "States/UTs will prepare data base of beneficiaries of small and marginal farmers in villages capturing name, gender, whether belonging to SC/STs and that this will be put on gram panchayat notice board, so that money can be distributed within the financial year as soon as possible".

The Niti Aayog vice chairman said the process of digitisation of land holdings has already started and in most states, including Uttar Pradesh, land records have already been digitised.

"When you go to Tehsil office, you can get a printout (of land record) from the computer. In a large part of the country, land records are digitised, so it should not be difficult at all," Kumar said.

For financial benefits, the landowners whose names appear on land records as on February 1 will be eligible under the PM-Kisan scheme.

Taking about the north-eastern states, Kumar said it might take "a little longer" in this region where there are community rights on land parcels.

For North East, he said an alternative mechanism will be developed and approved by a committee of union ministers and the Ministry of Development of North Eastern Region to implement this scheme.

The direct income support to farmers was widely anticipated after the ruling BJP last power in recent assembly polls in Hindi heartland states, where rural distress was cited as one of the reasons for its defeat.

Farmers are in distress in most parts of the country as they are not getting better returns because of low prices due to bumper production of foodgrain, oilseeds, sugarcane, cotton and other horticulture crops.

What is SETU intiative and how it will help India to build more Unicorn startups?