Prime Minister Narendra Modi would disburse KISAN benefits to select farmers and distribute Kisan Credit Cards (KCC) during an event at Chitrakoot, it would be a way to celebrate the anniversary of the Samman Nidhi (PM-KISAN Samman Nidhi). 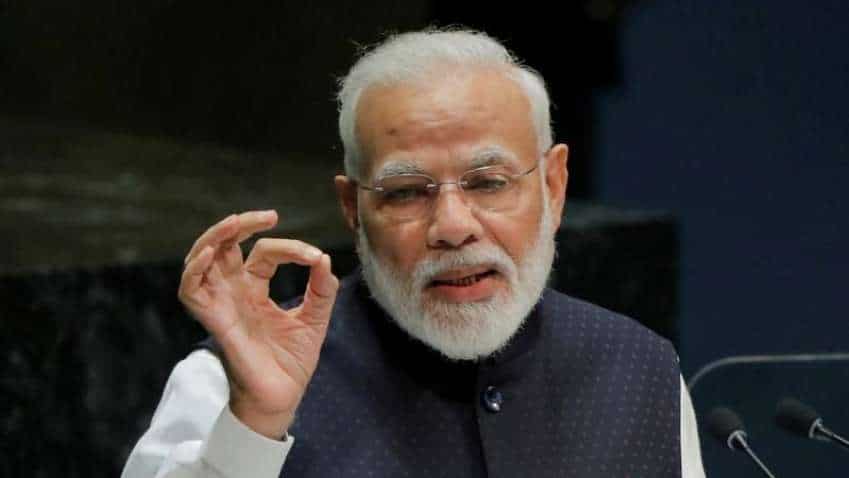 The KCCs will be issued to farmers at 20,000 bank branches spread across the country. Photo:Reuters
Written By: IANS
RELATED NEWS

Prime Minister Narendra Modi would disburse KISAN benefits to select farmers and distribute Kisan Credit Cards (KCC) during an event at Chitrakoot, UP, on February 29, which would be celebrated as a formal anniversary of the Samman Nidhi (PM-KISAN Samman Nidhi), said Union Minister of Agriculture and Farmers` Welfare Narendra Singh Tomar here on Monday.

The Prime Minister would also announced formation of 10,000 new farmer producer organisations (FPOs), he added. The PM-KISAN, launched on February 24, 2019 at a farmers` rally in Gorakhpur, UP, has completed one year. The KCCs will be issued to farmers at 20,000 bank branches spread across the country.

The KCC to the KISAN scheme beneficiaries would help them get easy bank loans. The government has included the animal husbandry and fisheries sectors in the ambit of the KCC.

While over 8.45 crore farmers across the country were benefiting from the scheme, farmers in West Bengal were deprived of it as the state government had not implemented it, Tomar said.

Stating that over 10 lakh farmers have applied on the PM-Kisan portal, the Minister said he would request the West Bengal government again to implement the PM Kisan Samman Nidhi, under which farmers get Rs 6,000 a year in three equal instalments.

Bengal farmers could not avail of the scheme until their land records were verified by the state government, he added.

Of the Rs 75,000 crore budgetary allocation for FY20, Rs 50,850 crore has been released, according to an Agriculture Ministry statement.

Tomar said total number of farmers to be covered under the scheme was 14 crore. As of now, 9.74 crore farmers had registered themselves for the scheme, said Vivek Agrawal, CEO of PM-KISAN.