FM Arun Jaitley had rushed to the US for medical treatment just days ahead of the presentation of Budget 2019, which was slated for February 1. 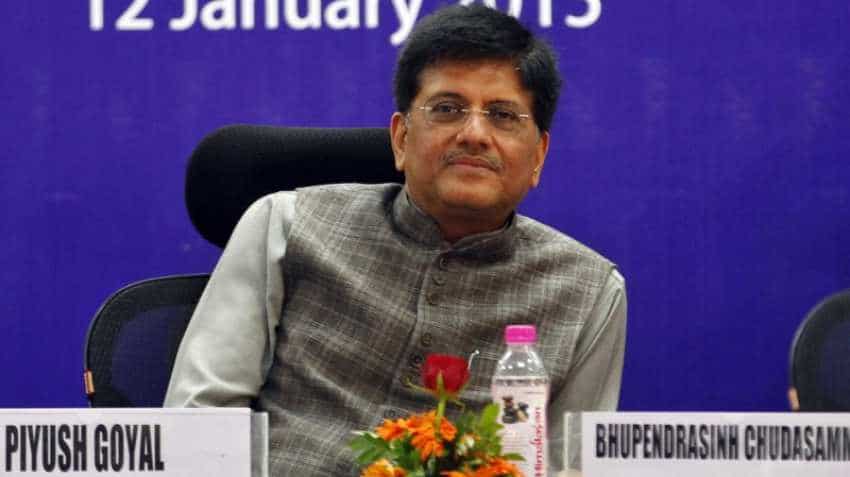 Piyush Goyal has been given additional charge of the Finance Ministry for the second time. Image source: Reuters

In a big setback to the PM Narendra Modi led NDA government, Finance Minister Arun Jaitley has undergone surgery and has been advised a two-week rest, say sources. In his place, Piyush Goyal has been given additional charge of the Finance Ministry. FM Arun Jaitley had rushed to the US for medical treatment just days ahead of the presentation of Budget 2019, which was slated for February 1. Jaitley had left for the US after winter session of Parliament was over. However, it was then revealed that Jaitley would be back within a couple of days and that he would be presenting the budget. Now, with the likelihood of Jaitley's return being postponed, President Ram Nath Kovind announced that Piyush Goyal, who is currently in charge of Railways and Coal ministries, will also head the Finance Ministry.

Piyush Goyal had earlier served as interim finance minister when Jaitley had received medical treatment.  Piyush Goyal had earlier served as acting FM in Jaitley's absence when he was on medical leave for 3 months in 2018 following a kidney transplant. In all likelihood, Jaitley will not be presenting the government's interim budget next week and that Goyal will be filling in for him, sources said.

The PM Modi led NDA government has not commented on Jaitley`s medical condition.

This will be the second stint of Goyal in both the ministries as he had headed the crucial portfolios for 100 days when Jaitley had undergone kidney transplant in May last year.

Jaitley had resumed charge of the ministries of finance and corporate affairs, returning to work on August 23, last year.

Speaking a fortnight ahead of the Budget, Jaitley underlined that there have been precedents of interim budgets containing major policy announcements to tackle an urgent situation.

Jaitley, who is a prominent member of PM Modi's inner circle, had gone to the US for a medical check-up earlier this month. He had a gastric bypass operation in 2014 to keep his diabetes in check.

The President of India, as advised by the Prime Minister, hereby directed that during the period of indisposition of Shri Arun Jaitley, Minister; the portfolios of Minister of Finance and Minister of Corporate Affairs held by him, be temporarily assigned to Shri Piyush Goyal, in addition to his existing portfolios.

Further, as advised by the Prime Minister, Shri Arun Jaitley be designated as Minister without portfolio during the period of his indisposition or till such time he is able to resume his work as Minister of Finance and Minister of Corporate Affairs.