For consistency on taxability of pharma freebies, tribunal refers the issue to larger bench, tribunal drew reference to Prime Minister Narendra Modi's comment on unholy nexus between doctors and some medical professionals. 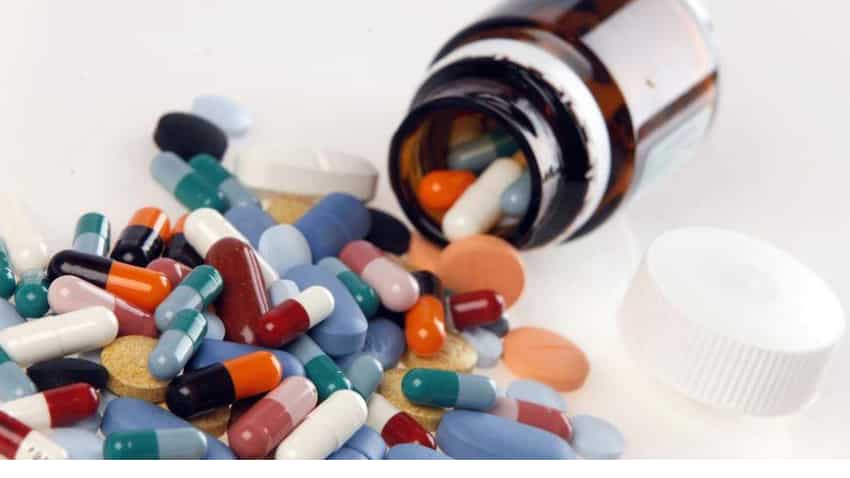 On the freebies of pharma companies, there were different decisions by coordinate benches. Source: Reuters

Mumbai ITAT has referred the issue of deduction of business expenses of pharmaceutical companies on account of freebies given to doctors and medical professionals, to a larger bench. The two member bench of Mumbai ITAT, comprising of Vice President Pramod Kumar and Member Judicial Saktijit Dey, reasoned for referring the issue to a larger bench with the question, Whether an item of expenditure on account of freebies to medical professionals, which is hit by the Indian Medical Council (Professional Conduct, Etiquette and Ethics) Regulations, can be allowed as a deduction under the Income Tax Act, in the hands of the pharmaceutical companies? There were inconsistent decisions on the same issue.

The bench, while hearing a plea of the Income Tax department in the case of Mcleod’s Pharmaceuticals, where the Assessing Officer has challenged the allowance of deduction on account of business expense by CIT (A) (Commissioner Appeals).

Justifying such deductions Mcleods Pharmaceuticals in the case argued on two points; first a coordinate bench, in its own case, has allowed similar expenditure mainly accepting that no disallowance of such sales promotion expenses could be made by applying CBDT circular dated 1-8-2012, In so far as CBDT circular was effective from AY 2013-14. Second, disallowance could not be sustained as the Medical Council of India guidelines bind only the medical professionals and not the pharmaceutical companies.

On the other hand, the Income Tax department relied on the CBDT circular of 2012, which stated that the Indian Medical Council (Professional Conduct, Etiquette and Ethics) Regulations, 2002 imposed a prohibition on medical practitioners and associations from taking any Gift, Travel facility, Hospitality, Cash or monetary grant from pharmaceutical and allied health sector industries.

Also, the Section 37(1) of the Income Tax Act explanation, denies claim of any business expense, if the same has been incurred for a purpose, which is either an offence or prohibited by law. So, the claim of any expense incurred in providing freebees in violation of the provisions of the Indian Medical Council (Professional Conduct, Etiquette and Ethics) Regulations, 2002 shall not be admissible under Income Tax Act, being an expense prohibited by the law.

In this case, CIT(A) was of the view that since the CBDT circulars was applicable only from the assessment year 2013-14, the disallowance under the aforesaid circular could not have been made on the basis of the said circular.

Here it's important to note that CBDTs circulars do not bind the appellate authorities- not even the income tax authorities such as Commissioner (Appeals), tribunals and other higher legal forums.

The case of Mcleods Pharmaceuticals gives an idea about how a huge part of promotional and marketing expenses is towards corporate gifts and gift cards which are equivalent to cash.  In the case of Mcleods Pharmaceuticals,  CIT (A) had allowed the deduction of Rs 111.11 Cr for the assessment year 2011-12 and Rs 137.62 Cr for the assessment year 2012-13 aggregating to Rs 248.74 Crs as business expense on account of freebies to doctors and medical professionals. The company was subjected to a search and seizure operation in January 2016 and later assessments were reopened.

On the freebies of pharma companies, there were different decisions by coordinate benches, so if the larger bench makes a view on the issue, it will give more clarity on such freebies and inconsistencies could be avoided in the future.

Bench also made a reference to the PM’s concerns on the issue and quoted from his comment of 28th April 2018, in the famous program Bharat ki Baat Sabke Saath at London, where PM said “In the same way…..the person who writes the medicine also gets something. You must know that the doctors' conference is sometimes in Singapore, sometimes it is in Dubai. It is not because someone is sick there; it is so because it is necessary for the pharmaceutical companies”.

The bench further observed that” If Government can bring down the effective cost of medicine by 85% by selling the same medicine by its generic name, one can imagine how end users have been taken for a ride all along- and these freebies have played a critical role in those maneuverings.  Not only it is wholly illegal that medical professionals are extended freebies by the pharmaceutical companies, but such gratifications are also clearly opposed to public policy as well.”

However, there are different views on the issue, DS Saksena, Retired IRS officer and former Principal CCIT Mumbai says, “All genuine expenses for business purposes should be allowed and this particular expense is being incurred since decades. Income Tax Act and Indian Medical Council Act both acts have a different mandate. If CBDT has issue with such deductions than it should be conveyed to the concerned authority and the respective authority should take action against such medical professionals.”

It's worth mentioning that concerns of pushing medicines/products in the guise of awareness conferences, foreign tour, gifts are not new, it's been raised from time to time. As per one industry insider there were instances where companies paid the EMIs of doctors' car loan and other personal expenses.

Department of Pharmaceuticals had released the Uniform Code for Pharmaceutical Marketing Practices (UCPMP) in December 2014, which was to be voluntarily adopted by the pharmaceutical industry for a period of six months from January 2015 and was to be reviewed later. But so far it has been voluntary, last year department of pharma raised the issue with industry again and sought the details of complaints received against companies in this matter and action taken over that.

In 2014 while issuing the UCPMP department of pharma had noted that “if it is found that it has not been implemented effectively by the pharma associations / Companies, the Government may consider making it a statutory code”.

It's not the case that all pharmaceutical companies are doing the same but many companies are adopting this freebie route to push their products and gain the market share, companies know this well, that it’s the doctor who takes the call and patients have hardly any choice to choose the brand of the drug.

Sebi is not convinced with pharma companies disclosure on US FDA inspection; 8 companies under the watch

Are you in pain, or diabetic? Beware! You will not be able to buy these medicines anymore