Petta vs Viswasam Box Office Collection: It's Thalaiva Rajinikanth vs Thala Ajith Kumar! Clash of the titans - Who will win?

Petta vs Viswasam Box Office Collection: Both the films have received between three to four stars in the reviews and the early shows have received a good response as of now. 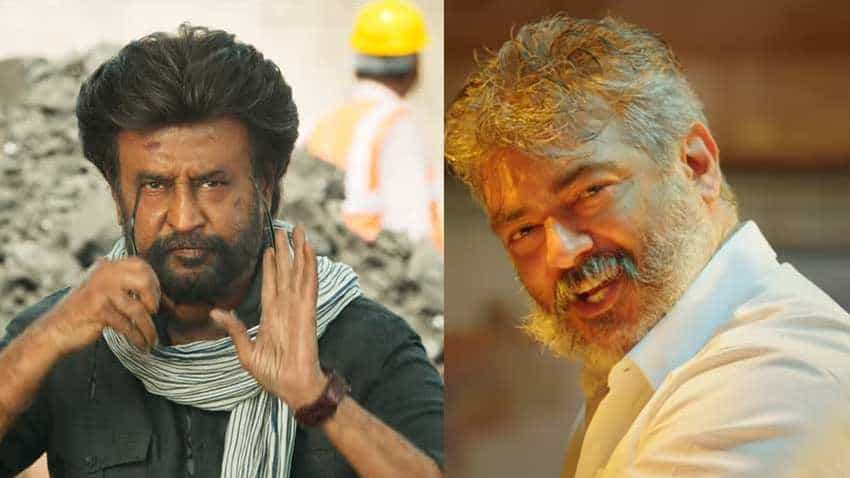 Petta vs Viswasam Box Office Collection: Girish Johar had said that Petta was expected to be released at over 3000 screens while the count was over 2000 for Viswasam.

Petta vs Viswasam Box Office Collection: It's a double treat for movie lovers this Pongal. Petta, directed by Karthik Subbaraj and starring Rajinikanth, and Viswasam, directed by Sivakumar Jayakumar and featuring Ajith Kumar have hit the theatres today and fans have already gone crazy over the movies. While the Petta is Rajinikanth's entertaining throwback to the kind of films he did in the 1990s, Viswasam story is set into the world of Thooku Durai - a village chief who is loved by his people.

Film critic and trade analyst Akshaye Rathi said that the films will be creating records in Tamil Nadu.

"Both the films are highly anticipated and have been released at the time of  Pongal. It's just like an Aamir Khan movie on Diwali or Christmas and Salman Khan movie on Eid coming together on the same day. Any guess in terms of numbers will be premature now," said Rathi.

However, another film trade analyst Sreedhar Pillai has reported that Petta has a good start in the USA.

"#Petta Opens Big in #USA Pre-sales Of Premiere Shows crosses $250,000. Good going will be the first to touch 1 Million among all South Indian releases," said Pillai.

Another film trade analyst Girish Johar had said that Petta was expected to be released at over 3000 screens while the count was over 2000 for Viswasam.

Johar said that since both big films have been released together, it would be important to see how it affects the first-day business. He further added that though it's too early to predict a number, the collections may be on the line of previous films of the superstars.