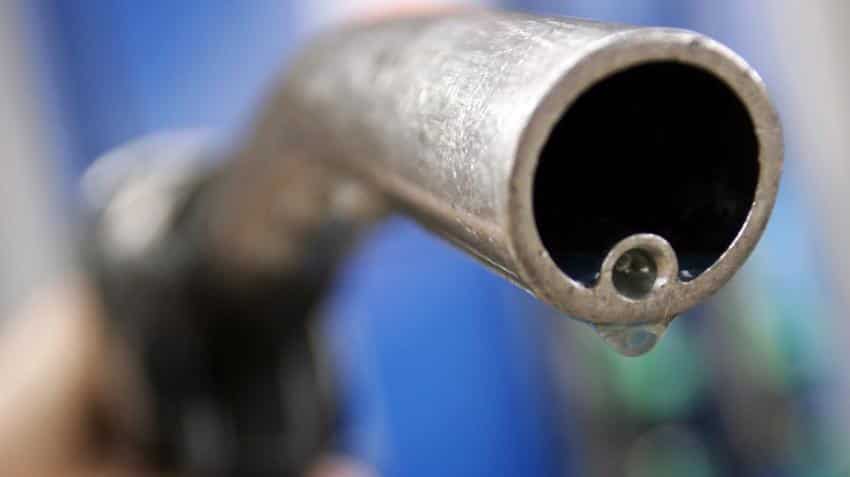 A nozzle of a petrol dispenser. Photo: Reuters

The petrol price was raised by Rs 1.34 a litre on Saturday, the fifth increase in two months, and diesel by Rs 2.37 a litre.

The increase announced by the oil companies excludes State levies. After including local VAT, petrol will now cost Rs 66.05 a litre in Delhi from Saturday midnight as against Rs 64.72 a litre currently. Diesel will cost Rs 55.26 a litre as against Rs 52.61 at present.

The price of petrol was last increased by 14 paise a litre and that of diesel by 10 paise on October 5, following an increase in commission paid to dealers.

Prior to that, petrol price had been increased thrice, while diesel price was cut by 8 paise a litre on October 1.

“The current international prices of petrol and diesel and the rupee-dollar exchange rate warrant an increase in the selling price of petrol and diesel, the impact of which is being passed on to the consumers with this price revision,” the Indian Oil Corporation said in a statement. The movement of prices in the international oil market and the rupee-dollar exchange rate shall continue to be monitored closely, it said.

Petrol price hiked by 14 paise; diesel by 10 paise per litre