Petrol, diesel prices: Asked about a mere 1 paise reduction in petrol prices announced by oil companies yesterday, Garg termed it "formula driven", but added that the trend for reduction had begun. 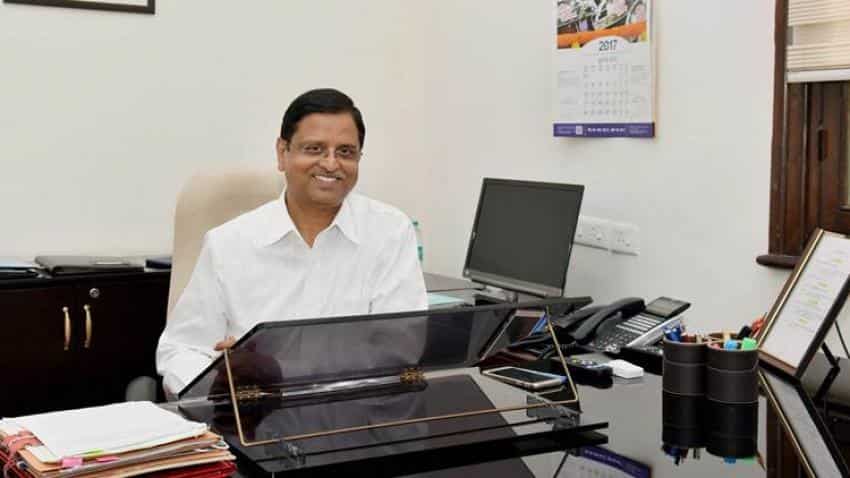 Petrol, diesel prices: The government is working on a long-term solution to deal with any spurt in crude oil prices. Image source: PTI
Written By: PTI
RELATED NEWS

Asked about a mere 1 paise reduction in petrol prices announced by oil companies on Wednesday, Garg termed it "formula driven", but added that the trend for reduction had begun.

"It is not material that it is 'x' paisa today or 'y' paisa. The trend for reduction has started. Earlier since the (crude) prices were going up, the trend was building up the prices. Maybe going forward, you might see some more reduction...," he told reporters here.

Garg said the government is working on a long-term solution to deal with any spurt in crude oil prices, and including petroleum under GST is one of the options being discussed.

"Last 3 days data indicate that there is a perception that possibly the oil prices have stabilised. If that trend continues, I hope we will have a manageable situation.... At one point crude oil prices had risen near to US dollars 80 per barrel, now it has come down to US dollars 75-76 ...," he told reporters here.

After relentless rise, crude oil prices have shown signs of cooling down after Saudi Arabia and Russia said it would produce more crude to increase supplies.

Stating that the futures price of crude oil is lower than the spot price, Chief Economic Advisor Arvind Subramanian said the shale gas could make a difference.

"... You can't say the expectation is more and more increase in (crude) price," Subramanian said.

Garg said oil prices at about 75-80 dollars, against the last year's average of 55 dollars a barrel is going to have "reasonable or a good impact" on the way the economy runs.

"There is a certain implication for oil bill, trade account, CAD and consequential expectations play into behaviour of FPI and others. But in last 3-4 days, the FPI are not net sellers any more," he said.

"I dont think because of oil prices, we need to revise GDP growth," Garg said.

On bringing petroleum within GST to help cut down taxes on petrol and diesel, Garg said the option is being weighed.

"The option of GST can be a part of the long term solution. But it too has a lot of implications. It is not easy to convert (include) petroleum into GST. States have their views. Whether it can be part of long term solution that needs to be discussed," he said.

While products like kerosene, naphtha and LPG is under the ambit of Goods and Services Tax (GST), five items in the basket ? crude oil, natural gas, aviation fuel, diesel and petrol ? have been excluded during the initial years.

To a question on why the long term solution being worked out by the government was taking time, Garg said "We can't be so hurried that you treat some days as a long wait".

The nuances of the mechanism are being discussed keeping all aspects in mind, he said.