Even as petrol and diesel prices continue to soar, worries about falling revenues and impact on the country’s fiscal deficit, which the officials say, is holding back the government from cutting taxes on fuel. 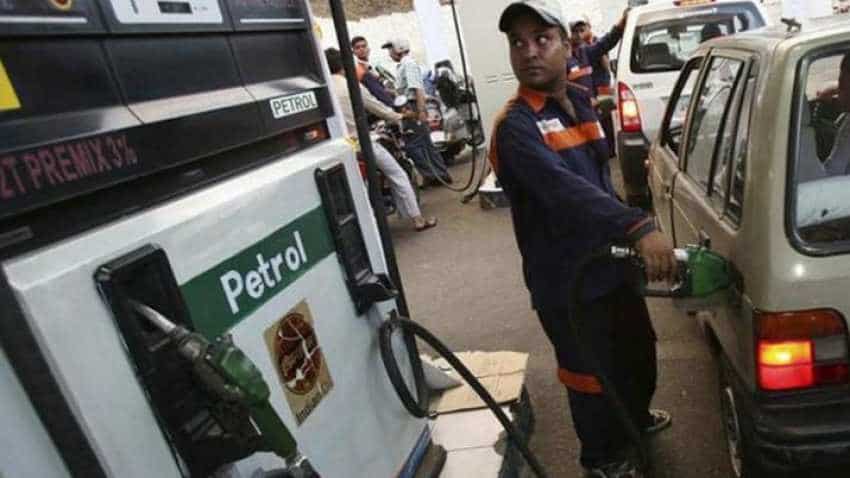 The prices of petrol and diesel remain at an all time high. Petrol prices in Mumbai have already touched Rs 88.26 a litre. Image source: PTI
Written By: Anjul Tomar
RELATED NEWS

Even as petrol and diesel prices continue to soar, worries about falling revenues and impact on the country’s fiscal deficit, which the officials say, is holding back the government from cutting taxes on fuel.

“The government will hold the excise duty cut for now. Cutting excise duty at the current level of rupee may lead to twin deficit,” a top government official said.

The prices of petrol and diesel remain at an all time high. Petrol prices in Mumbai have already touched Rs 88.26 a litre, while diesel is sold at Rs 77.47. Delhi consumers are paying Rs 80.87 for petrol and Rs 72.97 for diesel.

“The government may not lower duties as Rs 2 per litre cut in fuel prices is likely to result in a revenue hit of around Rs 2,500 crore per month. A shortfall in revenue collections will impact the fiscal deficit target for this year,” a senior finance ministry official told DNA Money.

There is already a fear that the fiscal target could be breached this year as GST collections are yet to stabilise over Rs 1 lakh crore a month as against an average collection of Rs 95,000 crore per month in the current fiscal. The government feels that it needs to increase the share of non-oil tax revenues.

A call on the price reduction will be taken at the highest political level if the government decides to provide immediate relief to common man at some point of time. The Prime Minister’s Office (PMO) is expected to hold meetings starting this weekend to review the economic situation. The government concedes that it is like a double edged sword. “If fuel prices are not reined in, it has an inflationary impact. But if it is unable to meet the fiscal deficit target which is set at 3.3% of the GDP for 2018-19, investors will lose confidence in the economy and abandon us,” said another official.

“Any impact on fiscal deficit will shake the faith that foreign investors have reposed in  our economy,” the official added.

A fall in revenue from petrol and diesel will impact the states’ finances too. Over 40% of the central excise tax collections from fuel go to states. In absence of that, their capital expenditure and welfare schemes will get impacted, an advisor in the ministry said.
However, some of the state governments - Rajasthan, Andhra Pradesh and West Bengal - have already reduced VAT on fuel.
Meanwhile, the government is looking at the Reserve Bank of India (RBI) for a rate cut. “Monetary Policy Committee (MPC) is keeping a watch on the rupee situation and the inflation impact due to weakening currency.

The MPC committee, which is expected to meet in the first week of October, might hike rates,” the official said.

The finance ministry and the RBI are in regular touch, he said. The ministry is also considering the NRI deposit scheme to stabilise rupee.

Though used as a measure to stabilise rupee in 2003, the government raised $26 billion through foreign currency non-resident bank account (FCNR-B) deposits, while the repayment on maturity was estimated at $20 billion.