In the national capital, petrol price was unchanged at Rs 80.38 per litre on Sunday. Cost of diesel also was the same as Saturday at Rs 80.40 a litre. 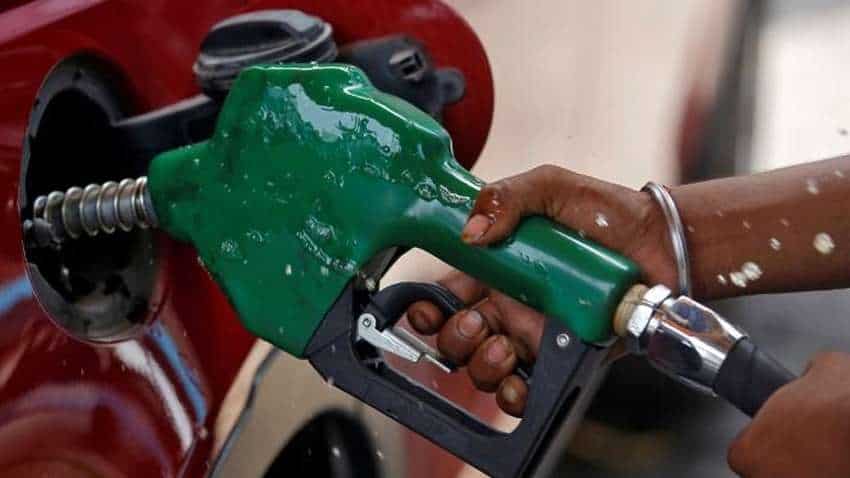 Fuel prices have been increasing since June 7 when oil companies began the daily price revision mechanism after a hiatus of 82 days during the lockdown. IANS photo
Written By: Prashant Singh
RELATED NEWS

In a major development, fuel prices across the metros were unchanged for the first time after price hikes for 21 consecutive days. Petrol prices, however, were unchanged for a day during this 21-day period after the daily revision based on dynamic pricing was reinstated. It is a big relief for the common man as the continuous rise in petrol and diesel prices came to a halt.

In the national capital, petrol price was unchanged at Rs 80.38 per litre on Sunday. Cost of diesel also was the same as Saturday at Rs 80.40 a litre.

Since the daily price revision resumed on June 7, petrol price has increased Rs 9.12 and diesel rose by Rs 11.01 in the national capital. In the other cities the magnitude of increase was similar.

Similarly, petrol prices in the other metros of Mumbai, Chennai and Kolkata were unchanged at Rs 87.14, Rs 83.59 and Rs 82.05 per litre respectively.

During the past 21 days, the quantum of price hike gradually declined from around 60 paise raise for a few days, immediately post the resumption of daily price revision, to less than 20 paise during the past few days.

In a historic development, the price of diesel surged above that of petrol in the national capital during this period. However, petrol price is currently just two paise away from that of diesel.

Officials in oil marketing companies said that it is hard to predict which of the two fuels will be priced higher in the Capital as the gap between the two is almost negligible. But petrol prices have shown more volatility in international markets that may take it ahead once again in coming days.

Apart from Delhi, the retail prices of petrol and diesel have followed the traditional path in other metros with petrol being priced at a premium of between Rs 5 and 8 per litre. The difference between the auto fuel prices in Delhi and other metros is because of the taxation structure.

While both petrol and diesel are at similar levels of taxes (state and centre) in Delhi, it is higher for petrol in many other Indian cities.

If the price of petroleum products and crude hold their positions in global markets, then petrol and diesel prices rise may stop for a longer period and we may even see marginal fall in prices.

Fuel prices have been increasing since June 7 when oil companies began the daily price revision mechanism after a hiatus of 82 days during the lockdown.