Petrol became cheaper by 21-23 paise per  litre  and diesel by 20-21 paise in all the metro cities after the petrol and diesel prices were slashed for the fourth day today. 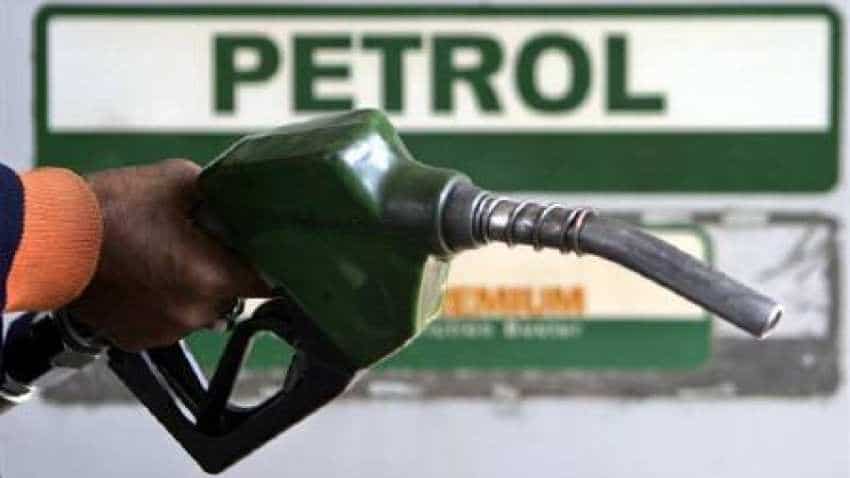 Petrol became cheaper by 21-23 paise per litre and diesel by 20-21 paise in all the metro cities. Image source: Reuters

Petrol became cheaper by 21-23 paise per litre and diesel by 20-21 paise in all the metro cities after the petrol and diesel prices were slashed for the fourth day today. Rs 78.56 is the price of petrol in Delhi on Monday against Rs 78.78 on Sunday, while Diesel is priced at Rs 73.16 today against Rs 73.36 on Sunday.

The recent drop in the international crude oil price and the Rupee's appreciation against dollar are the main reasons behind the fall in the retail fuel in the country.

Meanwhile, Indian rupee depreciated 34 paise to 72.79 against the US dollar in early trade at the interbank forex market Monday, on foreign fund outflows. The Rupee is likely to be under pressure with the elevated global crude prices. According to reports, Rupee touched 76 level against US Dollar over the next three months.

Global oil prices, however, fell on Monday as the start to US sanctions against Iran`s fuel exports was softened by waivers that will allow major buyers to still import Iranian crude, at least temporarily.

Brent has lost more than 16 percent in value since early October, while WTI has declined by more than 18 percent since then, in part as hedge funds have cut their bullish wagers on crude to a one-year low by the end of October, data showed on Friday.

Prices came under pressure as it became clear that Washington was allowing several countries to continue importing crude from Iran despite the sanctions, which officially started on Monday.
The United States said on Friday it will temporarily allow eight importers to keep buying Iranian oil.