Petrol, Diesel price today in Delhi-NCR (Noida), Mumbai, Chennai, rest of India: There seems to be no respite from the soaring fuel prices. 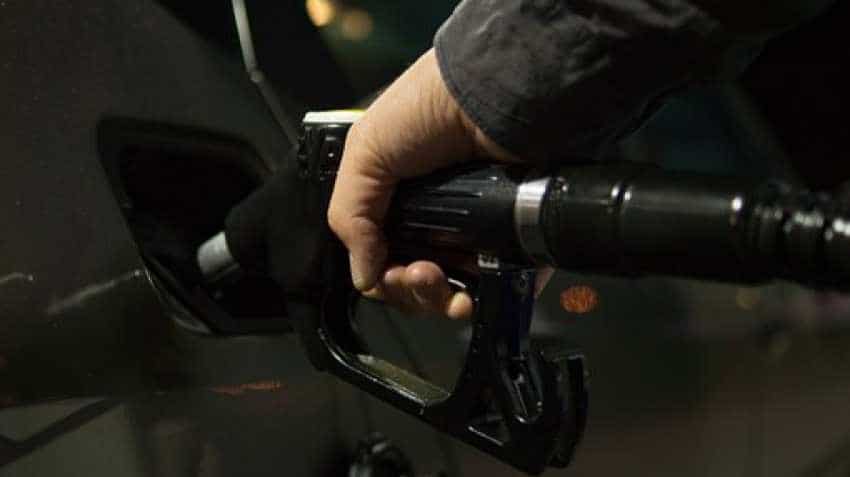 Petrol price in Delhi-NCR, rest of India may rise further; here's why

Petrol, Diesel price today in Delhi-NCR (Noida), Mumbai, Chennai, rest of India: There seems to be no respite from the soaring fuel prices. On Sunday, fuel prices were hikes yet again, just a day ahead of a nation-wide bandh called by the opposition Congress party, Marumalarchi Dravida Munnetra Kazhagam (MDMK), Nationalist Congress Party (NCP), Dravida Munnetra Kazhagam (DMK) and the Samajwadi Party (SP).

The continuing increase in fuel prices has strengthened citizens' demand for government intervention in the matter.

Shiv Sena put up hoardings on Saturday night across Mumbai, displaying figures of petrol, diesel, and gas from 2015 and 2018 to highlight the surge in prices.

The Centre claims depreciation of the Indian Rupee against the U.S dollar and a hike in global crude oil prices is causing a surge in domestic oil prices. However, common people and Opposition alike feel the government is not doing enough to curb rising oil prices.

No cut in price

Oil Minister Dharmendra Pradhan said on Saturday indicated no curb in rising fuel prices. Instead, he said being a stable economy, India should avoid any knee-jerk reaction to volatile crude oil prices. The minister blamed strengthening of the US dollar, non-fulfilment of commitment made by OPEC countries regarding additional oil production and crisis in Iran, Venezuela and Turkey for the rise in prices of crude oil. "As a stable economy, as the fastest growing major economy, lets not give any knee jerk reaction, lets wait," PTI quoted Pradhan as saying on the sidelines of the Global Mobility Summit 'MOVE'.

Petrol price in Delhi-NCR, rest of India may rise further; here's why