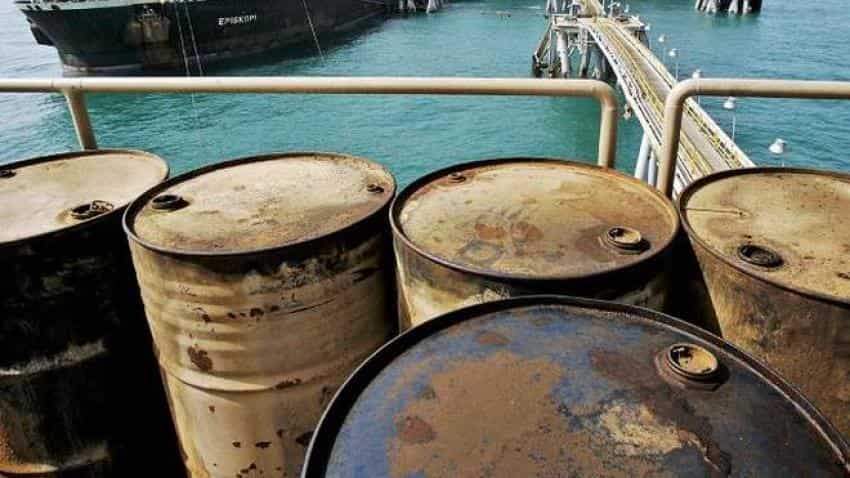 Currently, crude oil imports account for over 87% of the total energy demand while the remaining is met via in-house production capabilities. Image source: PTI
Written By: ZeeBiz WebTeam
RELATED NEWS

India has long benefited from lower crude oil prices, especially as energy demand has seen a considerable rise with rapid economic growth. Inflation and twin deficits  fiscal deficit and current account deficit were brought under control. While the year 2015 saw production levels rise and oil prices fall, 2016 was marked by some correction as output fell while demand rose robustly.

However, oil prices have now touched $80 per barrel. We expect crude prices to see further hikes, as stifled supply and rising demand will likely push it in the $75-85 per barrel range in the near term. Rise in prices can be attributed to rising geopolitical risks as well as on account of Opec (Organization of the Petroleum Exporting Countries) members and others holding their commitment for production cuts.

Currently, crude oil imports account for over 87% of the total energy demand while the remaining is met via in-house production capabilities. With limitations to production capacity and a corresponding rise in energy demand, it is safe to assume that imports of crude oil are likely to inflate. Oil and gas account for close to 35% share in India’s energy consumption and should oil prices continue to remain at high levels, the economy is looking at a scenario of higher inflation along with higher deficits, which may likely divert resources from consumption as well as productive investment. Even a partial pass-through of the global increase in prices would imply that the oil marketing companies will have to absorb the underlying losses.

Crude prices (Brent) have inched up by more than 12% since the beginning of the year. What has followed on expected lines is a corresponding rise in petrol and diesel prices. What may become a serious concern is the possible bulge in the imports bill, given oil imports are one of the largest chunks of shipments.

The oil import bill was over Rs 7 lakh crore in the last fiscal year. Hence, pressure on current account deficit is expected to rise while a parallel increase will possibly be felt in narrowing foreign exchange reserves and widening of the trade deficit.

With these developments, a greater challenge will be faced by the Reserve Bank of India if financial market volatility increases, given rupee is already under a possible downward spiral as US economy gains strength. This could mean a sooner-than-expected rise in interest rates given that a rise in crude prices with an accompanying weaker rupee will accelerate inflation. Ultimately, the impact will depend on how fast the positive growth in demand and investment can outweigh the growth in input and transport costs.