Petrol, diesel price hiked for 1st time in more than a month 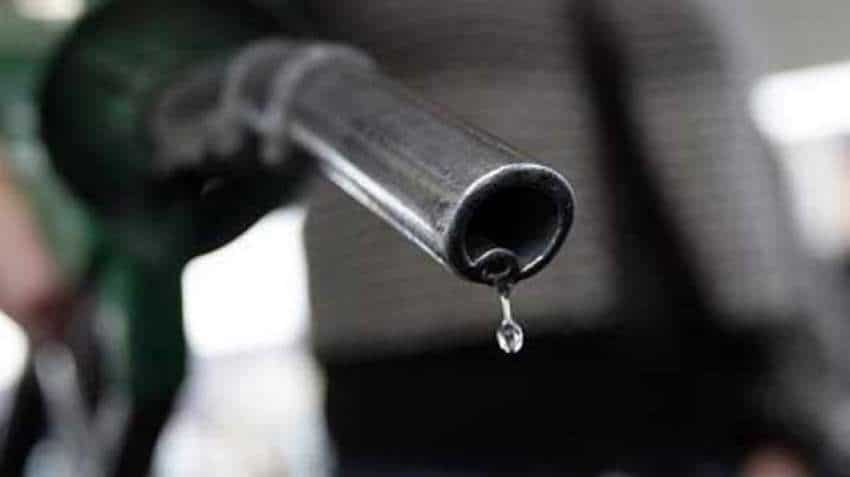 Petrol and diesel prices were today hiked for the first time in more than a month on the back of rising international rates and weakening rupee. Image source: Reuters
Written By: PTI
RELATED NEWS

Petrol and diesel prices were today hiked for the first time in more than a month on the back of rising international rates and weakening rupee. The increase of 16 paisa a litre in petrol and 12 paisa per litre in diesel came after an 8-day self-imposed hiatus in rate revisions by state-oil firms in anticipation of softening international rates due to OPEC decision to raise output by 1 million barrels per day.

"We had not changed prices for a few days in anticipation OPEC decision to raise production leading to softening of international rates. But the 1 million barrels of additional production, which was to kick-in from July, has been overdone by the Iran issue," IOC Chairman Sanjiv Singh told PTI here.

While the OPEC last month decided to raise production, the US is piling pressure on India, China, and other buyers to end all imports of Iranian oil by a November 4 deadline in a bid to choke the Persian Gulf state's economic lifeline with sanctions over its nuclear programme.

Singh said Iran produces around 2.3 to 2.5 million barrels per day and the world searching for alternates to replace those volumes has put pressure on the prices.

The decision to hold on to rates was taken without any elections looming around, he said, adding international prices have risen post-OPEC decision and oil companies have to "adjust retail rates accordingly".

State-owned oil firms, who had in mid-June last year dumped 15-year practice of revising rates on 1st and 16th of every month in favour of daily price revisions, had last changed prices on June 26 when petrol price was cut by 14 paise and diesel by 10 paise.

In the preceding month, or so rates had been cut in line with dropping international rates. Prices had hit an all-time high of Rs 78.43 a litre for petrol and Rs 69.31 per litre for diesel on May 30. That peak had triggered demands for a reduction in excise duty but the government had ruled out any immediate cut.

The Centre currently levies a total of Rs 19.48 per litre of excise duty on petrol and Rs 15.33 per litre on diesel. On top of this, states levy Value Added Tax (VAT) - the lowest being in Andaman and Nicobar Islands where a 6 per cent sales tax is charged on both the fuel.

The central government had raised excise duty on petrol by Rs 11.77 a litre and that on diesel by 13.47 a litre in nine installments between November 2014 and January 2016 to shore up finances as global oil prices fell, but then cut the tax just once in October last year by Rs 2 a litre.