Due to  rise  in crude oil prices in global merchandise,  Indian  government won't be able to continue its buy-back policy and will be forced to increase petroleum product prices in domestic markets, say experts. 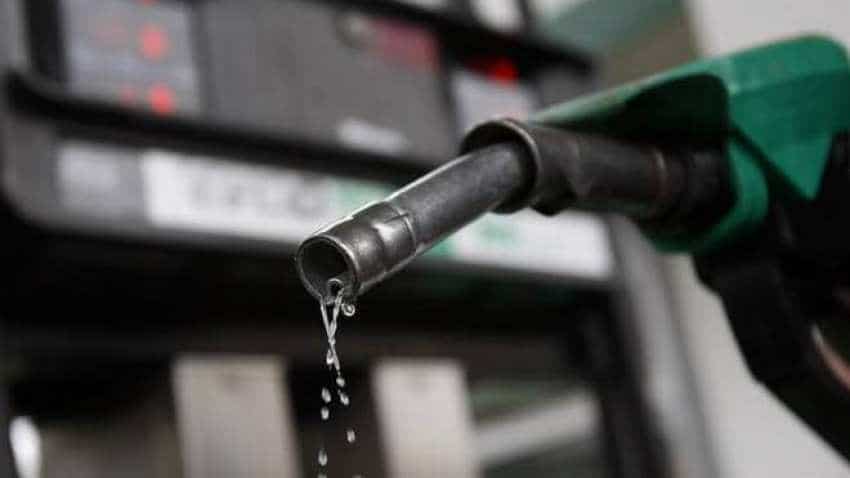 Due to rise in oil prices and ongoing Indo-Pak tension, the rupee may further crash and make a new low. Photo: Reuters

On account of sanctions on Venezuela and Iran, and Saudi Arabia to follow shoot, the Brent crude oil prices are expected to go beyond $70/barrel in near future. Since any rise in crude oil prices put pressure on the Indian economy as majority of its demand is met through imports, there can be either increase in petrol, diesel and other products like LPG, CNG etc prices or the government of India bear the burden of this rise in global merchandise. However, experts say the government won't be able to bear the burnt if India-Pakistan tension escalates further.

Speaking on the crude oil outlook Anuj Gupta, Deputy Vice President — Commodity and Forex at Angel Broking told Zee Business online, "Due to sanctions on Iran, Venezuela and Russian government's announcement to cut its oil output, the Brent crude oil prices which is around $66/barrel are expected to break the $70/barrel in two to three weeks time." Giving outlook of crude oil at the MCX, Anuj Gupta of Angel Broking told that by April end the crude oil prices at the MCX are expcted to touch around Rs 4,300 to Rs 4,400 per barrel."

He said that in such a scenario, the government of India will have to either bear the brunt of rising crude oil prices in global markets or to increase the petroleum product prices in Indian domestic market to keet its CAD in check.

Giving outlook about the crude oil in the wake of looming sanctions on Saudio Arabia Amit Sajeja, Analyst — Commodities at Motilal Oswal told, "Saudi Arabia is a key membeer of the OPEC nations and it may also have to face sanctions like Iran and Venezuele. If that happens Brent Crude may get fresh trigger into the international markets. However, if that doesn't happen then the Brent Crude prices may not go much beyond $71-72/barrel in the international markets."

Standing in sync with Anuj Gupta of Angel Broking; Anindya Banerjee, Research Analyst — Derivative and Currency at Kotak Securities told, "Due to rising in global crude oil prices, Indian government will have to invest more dollar to meet its oil demands and hence the Reserve Bank of India (RBI) won't be able to continue its buy-back strategy to keep rupee below 72/dollar levels. I am expecting the rupee to first break the 72/dollar levels in next one month and later in next two to three weeks or by end of March it would soon touch 73/dollar levels." He said that a rise in oil prices and ongoing Indo-Pak tension, the rupee may further crash and make new low if the oil prices don't stop to climb in global merchandise.