'Person on track': How passengers in distress are holding back Delhi Metro's speed

Delhi Metro: In 2019 so far, the DMRC operations have been hampered as many as 10 times due to people jumping on the track while attempting suicide. 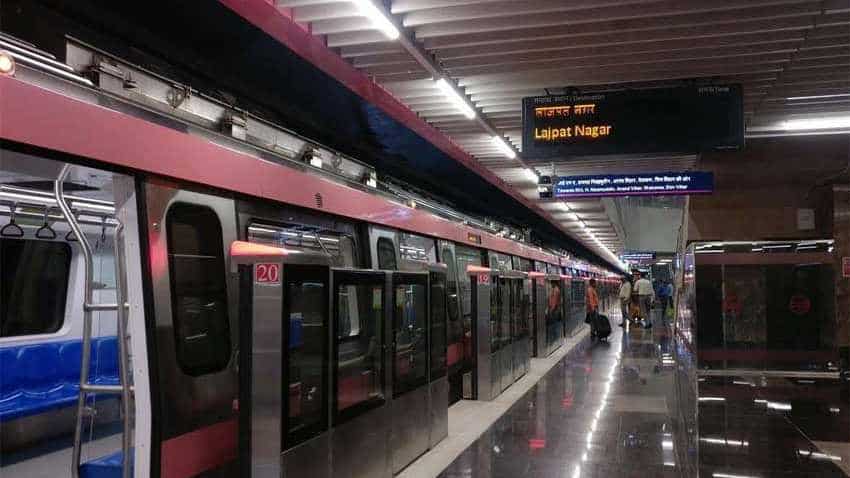 A Delhi Metro official told ZeeBiz.com that the decision on the installation of PSDs is taken from time to time based on the need. Photo: ZeeMedia
Written By: Akash Sinha
RELATED NEWS

Delhi Metro Rail Corporation is aiming to become the third largest metro network in the world with a total length of approximately 453.58 kilometres once the Phase IV corridors become operational. According to DMRC website, its present operational network length is 373 km and the number of total stations is 271 including Noida-Greater Noida Aqua Line. While Delhi Metro is one of the most reliable public transport services in Delhi-NCR region, the DMRC has been facing problems that prevent it from achieving its potential and this is hitting passengers. Delhi Metro trains are not being able to run at optimum speed and the reason behind that is because of the possibility of people jumping on tracks. While in most of the past cases, people had jumped on the tracks to attempt suicide, the cases of someone falling by mistake or jumping to pick up dropped items had been insignificant.

In 2019 so far, the DMRC operations have been hampered as many as 10 times due to people jumping on the track while attempting suicide. However, in an exception to these cases, a lady had jumped on the track on March 13 to pick her Rs 2000 note, which she had accidentally dropped. on March 7, around 10-12 people had come down on the metro tracks at Vishwavidyalaya Metro station causing a delay in services.

Though Delhi Metro has a provision of a penalty of up to 6 months imprisonment or a fine of up to Rs 500 or both if someone is found walking on Metro tracks without lawful authority, such incidences have increased over the time.

There is a solution, but it does not apply universally. Fortunately, not all stations are prone to this problem. All the newly inaugurated lines of the Delhi Metro have pre-installed Platform screen doors (PSDs). This feature prevents anything or anybody falling on tracks. However, the old lines including Blue Line don't have this facility. The PSDs installed at Metro stations are 1.7 metres in height and are quite effective in preventing such incidents.

What DMRC Is Doing

A Delhi Metro official told ZeeBiz.com that the decision on the installation of PSDs is taken from time to time based on the need. "While a proposal for installation of PSDs at Rajeev Chowk is under consideration, the work poses various technical challenges as well. PSDs cannot be installed during operational hours and the work can be performed only during non-commercial hours. This increases the implementation time," said the official.

When asked if there is any proposal to install PSDs at all stations, the official said, "Though there is no such proposal, we are going one by one. Also, there is a problem of space at existing stations as the PSDs were not considered while doing the architectural planning for those stations. The PSDs will be installed on the need basis," said the official.

Though there may not be a plan for equipping entire Delhi Metro station platforms with PSDs, if track jumping cases keep occurring, surely, the DMRC will be left with no choice but to go for the PSDs. Of course, considering how large the Delhi Metro network is, funds required for the same will be huge and that poses yet another big problem.