Pay packages of these honchos set to spike; Centre to soon relax rules

To improve ease of doing business in the country, the central government will soon relax rules related to the remuneration and appointment of chief executive and other top executives of a listed company, sources said. 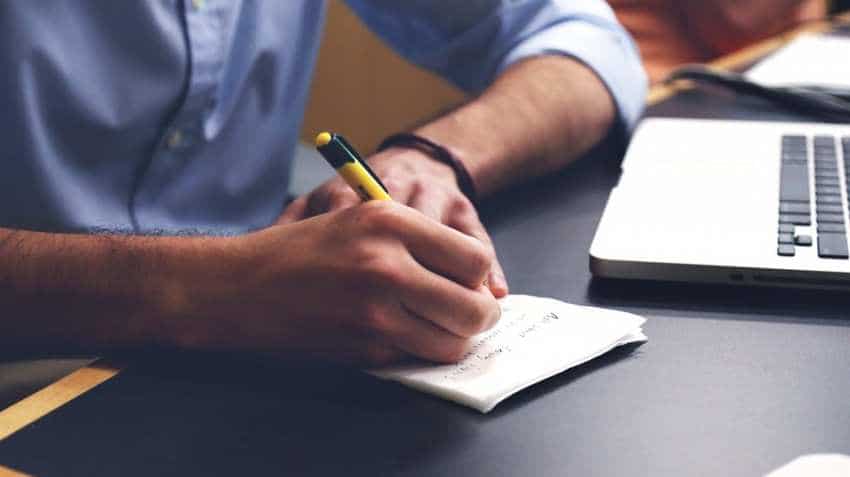 To improve ease of doing business in the country, the central government will soon relax rules related to the remuneration and appointment of chief executive and other top executives of a listed company. Image source: Pixabay
Written By: Anjul Tomar
RELATED NEWS

To improve ease of doing business in the country, the central government will soon relax rules related to the remuneration and appointment of chief executive and other top executives of a listed company, sources said.

The Ministry of Corporate Affairs (MCA) is amending existing rules to do away with the current provisions in the law that require the public limited companies to seek central government’s approval to raise chief executive officer’s (CEO) pay beyond a threshold. The new rules are likely to be announced and notified later this month, sources said. The amended rules will apply to top managerial positions, including that of managing directors and whole-time directors.

With the change in rules, the company will be able to decide on the pay hikes through a special resolution instead of approaching the government. 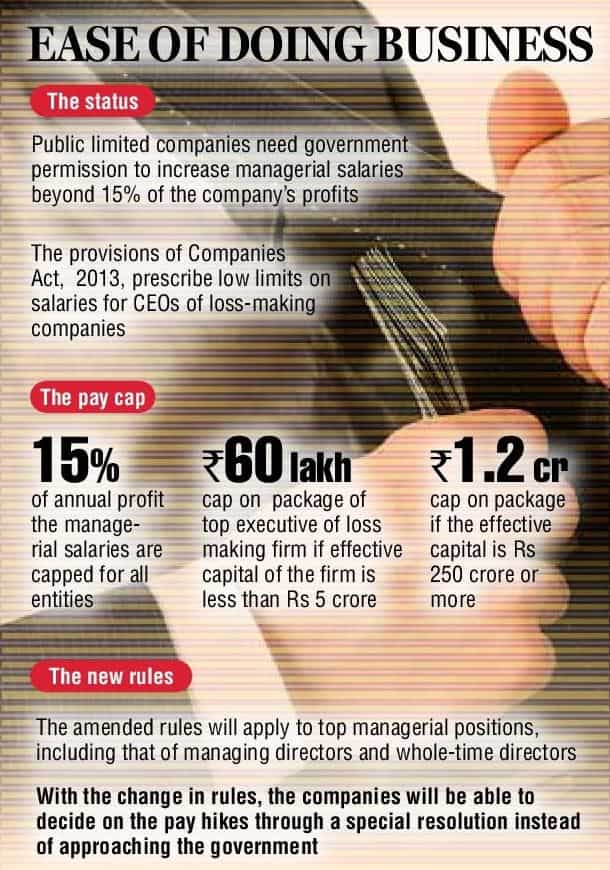 The public limited companies need government permission to increase managerial salaries beyond 15% of the company’s profits as per the Companies Act, 2013. The provisions of the Act prescribe low limits on salaries for CEOs of loss-making companies.

The proposed rules will pave the way for loss-making firms to hire top executives by offering hefty pay packages in order to turn them around. The threshold limits for hiring a CEO and other managerial persons for a loss-making company are being relaxed, according to the draft of rules. Currently, such a company can pay an annual package of not more than Rs 60 lakh to a top executive if the effective capital of the firm is less than Rs 5 crore and a maximum of Rs 1.2 crore if the effective capital is Rs 250 crore or more. The limits can, however, be doubled if the shareholders pass a special resolution. The loss-making company will, however, need to get a nod from lenders and also pay up all the pending dues, if any, towards corporate fixed deposits.

The proposed rules are being framed under Section 197 of the Companies Act, 2013.

Many companies have been waiting for the government permission to give a salary hike to their top executives. “These cases will be disposed of once the rules are notified. We will ask the companies to take the special resolution route to make changes in the salaries of top executives,” a senior corporate affairs ministry official said.

However, if the CEO is a foreigner, the company will still be required to approach the government for raising the salary. Before being appointed as managing director or a director, the person will be required to spend at least 182 days in the preceding year in the country as compared to the current requirement of 12 months. However, if this condition is not met, the company will have to seek the government nod.

The ministry’s nod will also be required where cases are pending against the top executives and for appointing a person above 70 years of age to the top managerial position.