The Indian Railways is consistently working to improve stations across India and provide better facilities to its customers. In the latest bid, it has given a swanky makeover to Patna railway station which included an all -new waiting hall. 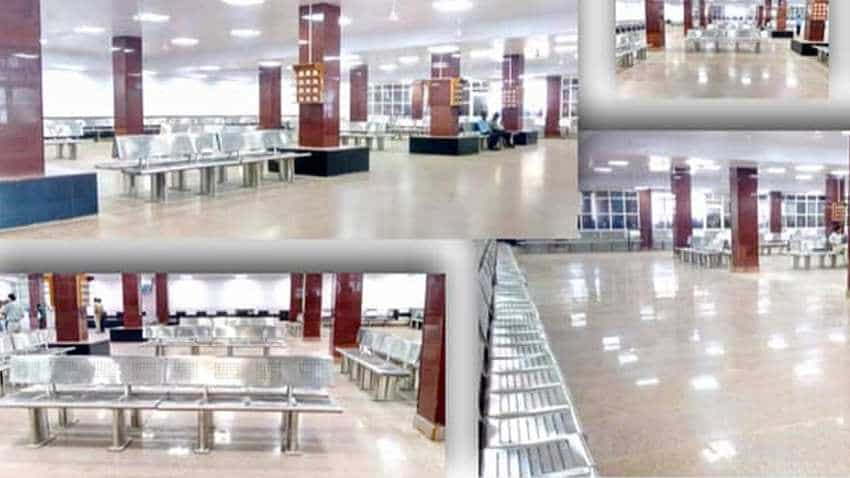 The Indian Railways is consistently working to improve stations across India and provide better facilities to its customers. In the latest bid, it has given a swanky makeover to Patna railway station which included an all -new waiting hall. In fact, this is now the biggest waiting hall at a railway station in India. The centrally air-conditioned waiting hall has been set up over an area of 7,500 sq ft and can house over 300 passengers at the same time. And, this is just the seating capacity of the hall as another 200 seats can be added if required.

The Indian Railways has announced that this is the largest waiting hall on its network. In a social media post, the Railways ministry even shared more details about the hall. It said that this new hall has been equipped with 7 High Definition (HD) digital screens of 65 inch. The screens will display entertainment-related content as well as train information 24×7.

The Indian Railways has used local art for the beautification of the station. The walls of the hall are covered in Madhubani paintings in bright and attractive colours. The waiting hall also has fans apart from the central air-conditioning. The entire waiting hall is illuminated with 100 per cent LED fixtures concealed in the ceiling.

This is not the first station to have got an upgrade in the recent times. Some of the other stations include New Delhi railway station, Kamakhya Junction, Asansol Junction, Mathura Junction, Haridwar Junction, Jaipur Junction, Lonavala, Adoni, Bellampalli, Sainagar Shirdi, Manduadih, Kurnool City railway station, etc. Apart from providing the usual facilities like premium lounges, LCD displays, LED lighting and escalators, the Indian Railways is also working on the beautification of these stations through paintings, murals and art.