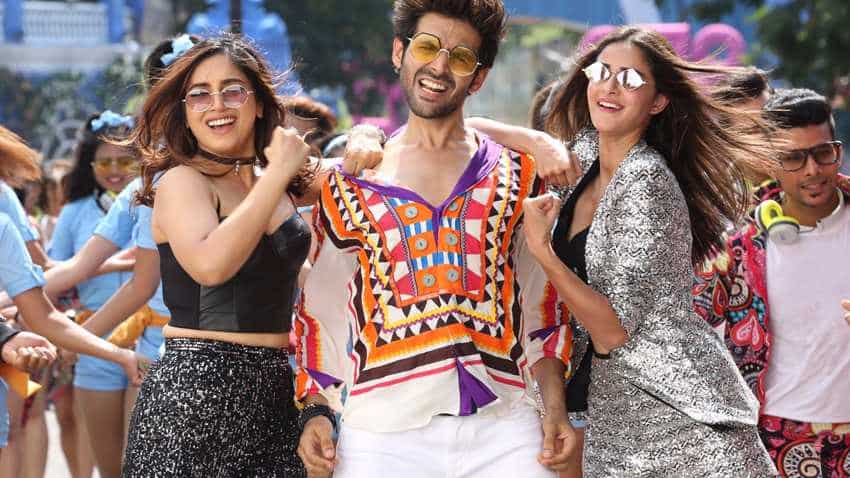 The film had released to a Rs 9.10 crore opening on last Friday and has gone from strength-to-strength since then. Source - Taran Adarsh/Twitter.
Written By: ZeeBiz WebTeam
Edited By: Harish Dugh
RELATED NEWS

Pati Patni Aur Woh Box Office Collection: Winner! But, this week is crucial - Here is why

Pati Patni Aur Woh box office collection day 6: The Kartik Aaryan starrer Pati Patni Aur Woh has comfortably cruised past the Rs 50-crore mark within six days of its release and looks set for another fruitful weekend. The film had released to a Rs 9.10 crore opening on last Friday and has gone from strength-to-strength since then, improving its collection over the weekend while maintaining the steady run during the weekdays. The film raked in Rs 4.62 crore on Wednesday, taking its overall collection to Rs 51.61 crore by the end of day.

At this pace, Pati Patni Aur Woh film will definitely go past the first week collection of Kartik Aaryan's Luka Chuppi. The film, which also starred Kriti Sanon in the lead role, had minted Rs 53.70 crore before taking its lifetime collection to close to Rs 100 crore. Pati Patni Aur Woh can go on to breach the mark if it manages to register a good second weekend.

The challenge for Pati Patni Aur Woh will be to fight off competition against new releases like 'The Body' and 'Mardaani 2'. Both the films have impressive star cast and are set for decent openings. While The Body has Emran Hashmi and Rishi Kapoor in lead roles, Mardaani marks the return of Rani Mukherjee to the big screen.

Pati Patni Aur Woh Box Office Collection: Winner! But, this week is crucial - Here is why

Alert! Many apps are sharing your data with Facebook - How to check full list and delete data