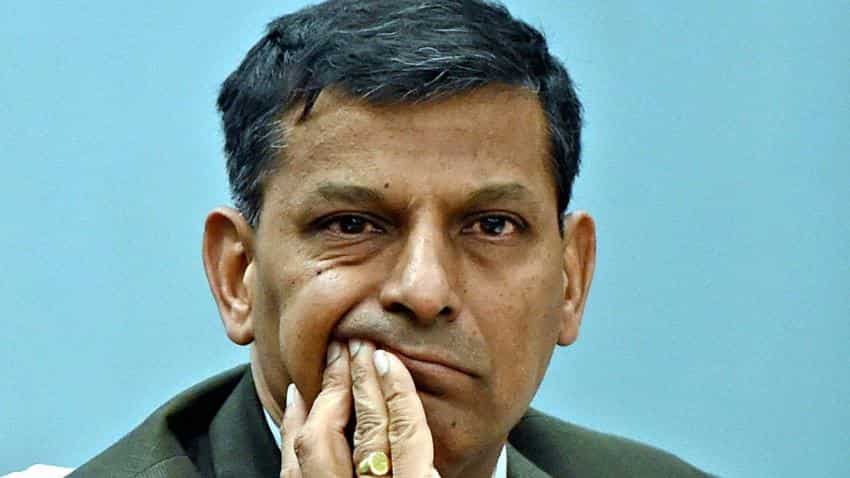 The outgoing governor of Reserve Bank of India (RBI) Raghuram Rajan has blamed stress in public sector banks stemming from past mistakes in lending as a prime reason for slowdown in credit growth.

Rajan said, "This will not be fixed just by a cut in policy rates. Instead, what is required is a clean-up of the balance sheets of public sector banks, which is underway and needs to be taken to its logical conclusion."

Rajan was talking at the Statistics Day celebration at RBI headquarters in Mumbai.

He said, "There is a belief in some quarters that the Reserve Bank has hurt economic growth by keeping interest rates and borrowing costs too high, that those high rates have reduced credit and spending but had little effect on inflation. Inflation has come down only because of good luck stemming from low energy prices. Furthermore, the RBI has compounded the growth slowdown by urging banks to clean up their balance sheets. The RBI, of course, stands by its policies. Nevertheless, this debate is very important because it could shape policy directions in India over the medium term."

He said, "The obvious conclusion one should draw, therefore, is that the slowdown is because something is affecting credit supply from the public sector banks specifically."

Defending his act to clean-up banks' balance sheets by making them report and make provisions for bad loans and non-performing assets, Rajan said the slowdown in credit slowdown dates from early 2014 suggests that the bank cleanup which started in earnest in the second half of fiscal year 2015 was not the cause.

"It is worth pointing out that the disinflation process started in late 2013, long before oil prices collapsed. Moreover, a significant part of the fall in oil prices globally has not been passed on domestically, as the government has hiked excise on petrol and diesel, and refinery margins have also waxed and waned. For instance, even as the price of the Indian crude basket fell 72 per cent between August 2014 and Jan 2016, the pump price of petrol fell only 17 per cent. Therefore, while I do want to acknowledge the benign international price environment in bringing down inflation, it is not the entire story," he said.

Defending RBI's monetary policy as not being too tight, Rajan said, "Given our real growth is amongst the highest in the world, while our inflation is in the upper tier, one would expect our real policy rate to be high. Instead, it is right in the middle of the pack of large countries, and significantly lower than China, a country we often like to compare ourselves with. Once again, evidence seems contradictory to the views of the critics of our policy."

He concluded, "Fortunately, after an initial reluctance, banks have entered the spirit of the cleanup and some have gone beyond what was demanded of them. The stock market, after reacting negatively initially early this year, has been more supportive of public sector bank stock prices, probably reflecting the belief the cleanup is good over the medium term. Promoters are selling assets and paying up, and new asset reconstruction companies are being started to buy assets. To restore bank balance sheets to health, it is important this process be taken to its logical conclusion."

UP Board Class 10 Class 12 Board Exam 2021: Students may check this LATEST DEVELOPMENT on results; EVALUATION CRITERIA to be out SOON