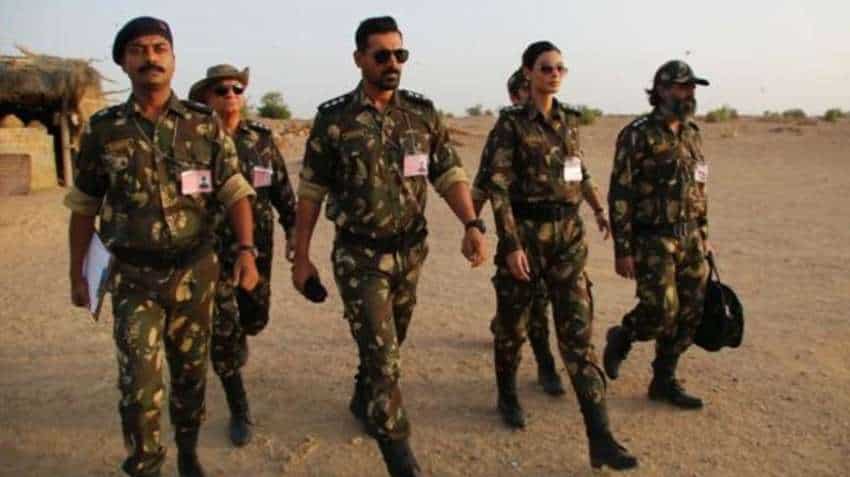 Parmanu box office collection: The film made steady gains day after day, week after week and now it has been dubbed as a 'Hit'. Image source: Reuters
Written By: ZeeBiz WebTeam
RELATED NEWS

Parmanu box office collection: This John Abraham starrer has made a mark at the BO. On the opening day the film saw a collection of Rs 4.82 crore. The slow pace of collection at the box office is attributed largely to the lack of promotions. Diana Penty is the female lead alongside John Abraham. However, the film made steady gains day after day, week after week and now it has been dubbed as a 'Hit'.

This is despite the fact that limited promotions and IPL semi-final hit the business of Parmanu, which was a point noted by trade analyst Taran Adarsh in his Twitter post. However, the film grossed Rs. 35.41 crore on Week 1, Rs. 16.42 crore in the second week, Rs. 7.03 crore in the third week, 3.28 crore in the fourth week and Rs. 1.54 crore in the fifth weekend, grossing over 63 crore.