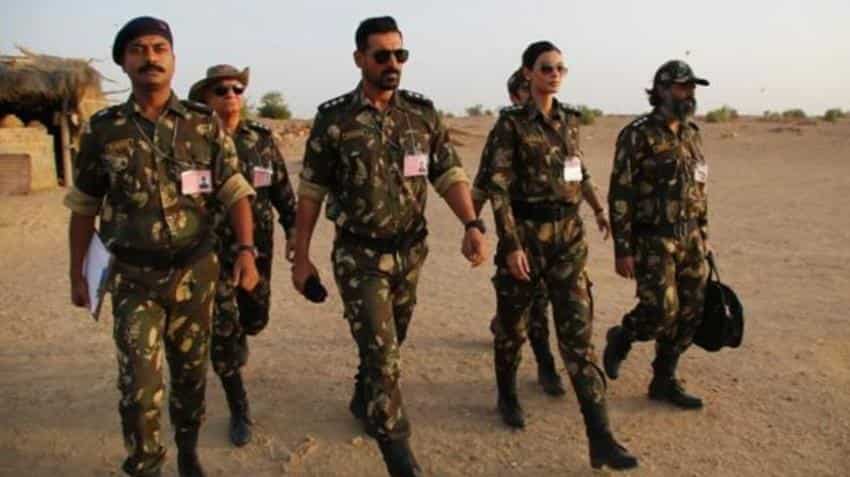 Parmanu box office collection: The flick, which was released on May 25, is based on the nuclear bomb test conducted at Pokhran in 1998. Image source: Reuters

Parmanu box office collection: Abhishek Sharma's film has received applause from the audience. Over the weekend, the John Abraham starrer has earned Rs 20.78 crore. The flick, which was released on May 25, is based on the nuclear bomb test conducted at Pokhran in 1998. The film has been doing wonders at the box office after an exceedingly slow start. Unlike other recent movies, there was hardly any promotional activities for the movie. However, audience have given it a thumbs up. The film collected Rs 4.75 crore on the opening day.

Audiences have given thumbs up to Parmanu – The Story of Pokhran. The film seemed to be on a shaky ground prior to release since there was hardly any promotion going for it. It was mired in controversies prior to the release and that too for strictly business reasons. Due to this, the marketing around the content couldn’t really catch much steam. Moreover, last couple of solo starrers featuring John Abraham [Force 2, Rocky Handsome] hadn’t really covered the distance due to which one wondered how exactly would this Abhishek Sharma directed film open.

Fortunately for the film though, audiences did give it a chance post Friday, due to which the opening numbers exceeded expectations. After that the film saw very good growth on Saturday that set the platform for a stable Sunday. This is exactly what happened as there was further increase in numbers on Saturday, as a result of which Rs. 8.32 crore more came in. The movie is expected to touch Rs 35 crore mark even before the end of first week.