Minister of State for Finance Shiv Pratap Shukla moved the Appropriation Bills and the Finance Bill that were approved by voice vote. 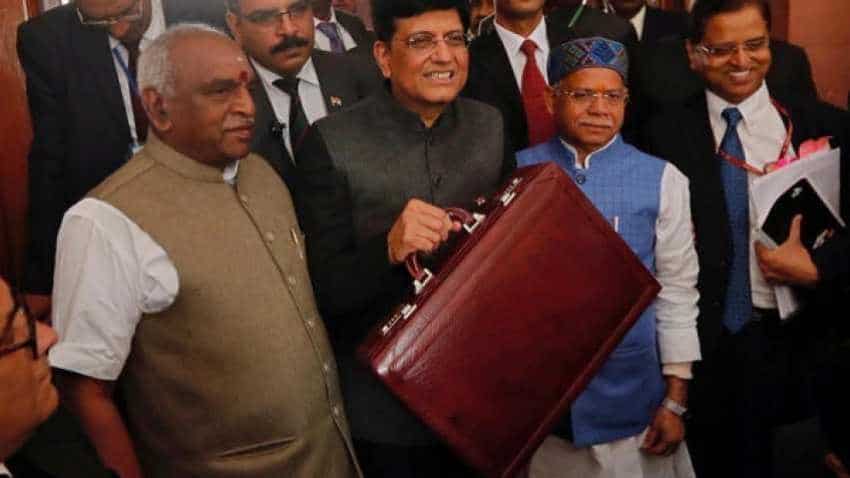 "I want to assure the entire country and this House that we will protect the honest and punish the dishonest," Goyal said. Reuters

Parliament Wednesday approved Modi Government's sixth and final Budget that gave Income Tax rebate to those earning up to Rs 5 lakh, an annual cash dole of Rs 6,000 to small farmers and pension for unorganised sector workers. While the Lok Sabha has passed the Appropriation Bills that gave Government authorisation of spending certain sums till the next government presents the full Budget for 2019-20, and the Finance Bill after full debate, the Rajya Sabha passed them without discussion on Wednesday -- the last day of the session.

The 13-day Budget session was a washout in the Rajya Sabha as Opposition parties stalled proceedings daily over issues ranging from Rafale fighter jet deal to Citizenship Bill.

On the last day Wednesday, a consensus was arrived at among political parties to approve the Interim Budget as also the Motion thanking the President for his address to the joint sitting of Parliament at the beginning of the session without a debate.

Rajya Sabha Chairman M Venkaiah Naidu referred to the consensus in the House after it met following a 40-minute adjournment caused by a ruckus created by Samajwadi Party and TMC over different issues.

Minister of State for Finance Shiv Pratap Shukla moved the Appropriation Bills and the Finance Bill that were approved by voice vote.

Earlier Minister of State for Parliamentary Affairs Vijay Goel made an appeal for adopting the Motion of Thanks to the President's address without a debate and the same was adopted by voice vote.

The Motion, expressing gratitude to the President Ram Nath Kovind for his address, was adopted after several amendments moved by opposition leaders were withdrawn.

In the reply to the Budget in Lok Sabha, Finance Minister Piyush Goyal had hit out at the opposition for trying to "belittle" PM Kisan Samman Nidhi which assures Rs 6,000 yearly assistance to small farmers, saying those who live in palaces will not understand importance of Rs 2,000 every four months.

The Minister also rejected the opposition charge that he presented a full Budget, saying he has not proposed any new tax proposals, concessions or scheme in the Interim Budget which was tabled in Parliament on February 1.

In contrast, the Congress had in the 2014 Interim Budget reduced taxes on SUVs which are used by rich people, he said.

Referring to angel tax, he said during the Congress regime, shell companies were being promoted and this government has stopped that system.

"I want to assure the entire country and this House that we will protect the honest and punish the dishonest," Goyal said.

The NDA government, he said, is committed to the welfare of farmers, poor and middle class. The middle class will not have to pay any tax on income up to Rs 9.5 lakh provided they invest in tax saving instruments and avail the benefit of increased tax rebate limit to Rs 5 lakh.