Parliament discussion on General Budget to start from July 8: FinMin

Union Budget 2019: Narendra Modi government will present the first Budget of the second term on July 5 and the Parliament is expected to start the Budget discussions on July 8, while voting on Demands for Grants is likely to held between July 11-17. 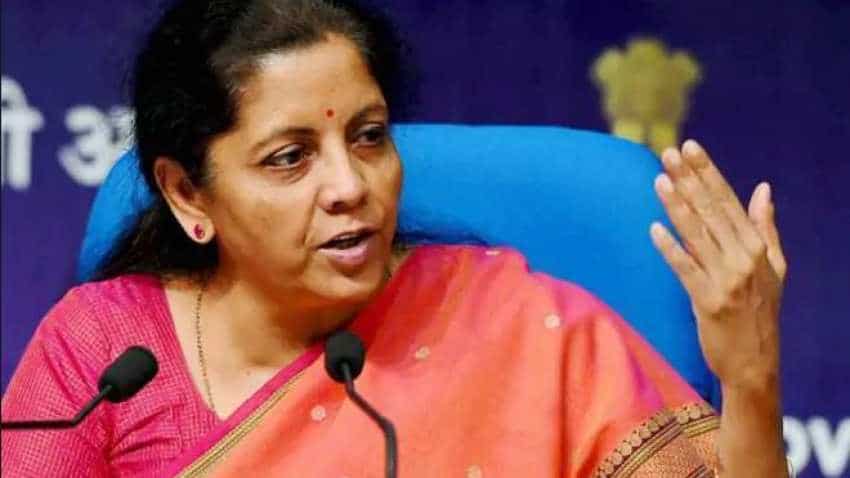 Union Budget 2019: Narendra Modi government will present the first Budget of the second term on July 5 and the Parliament is expected to start the Budget discussions on July 8, while voting on Demands for Grants is likely to held between July 11-17. PTI

Union Budget 2019: Narendra Modi government will present the first Budget of the second term on July 5 and the Parliament is expected to start the Budget discussions on July 8, while voting on Demands for Grants is likely to held between July 11-17. New Finance Minister, Nirmala Sitharaman will be presenting the Budget this year to revamp Asia`s third-largest economy from the brink of a major slowdown. In May ths year, India slipped from the spot of the fastest-growing major economy in the world though government said it still is the fastest growing.

Finance Ministry said, "The tentative dates for discussion and voting on demands-for-grants for 2O19-20 are expected between July 11-17. The general discussion on Budget is tentatively scheduled on July 8.''

1. India`s GDP slipped to a 5.8 per cent growth in the last quarter of FY19, down from 6.6 per cent in the previous quarter, and lower than the 6.4 per cent growth registered by China. The consumtion demand and investment cycles are the lowest pressing for higher government spending in a year when revenues are on the downside. Job creation is missing with unemployment at the highest 6.1 per cent.

2. Sitharaman also has to meet a tough disinvestment target in a slowing economy and tough market to expand the government kitty in a year when tax revenue are almost certain to be lower. The government is looking to garner Rs 90,000 crore from disinvestment, up from Rs 85,000 crore it got last year.

3. However, the major part of last year`s earnings came from the central public sector enterprise (CPSE) exchange-traded fund (ETF), a pool of PSU shares, as against the government`s desire to sell strategic stake in government-owned companies.

4. This fiscal government will milk the current ETFs and launch new ETFs like financial sector ETF and debt ETF. So far the government raised Rs 2,350 crore in the first two months of the current fiscal.

5. To kickstart the disinvestment process, Niti Aayog, a think-tank of the government has suggested 35 PSEs where the government is likely to sell its stake. Recently government said Air India will be attempted to be sold. Last year too, the government had tried to sell Air India, but it didn`t find any takers.

6. Both Direct and Indirect Tax revenues are also not matching the huge agricultural package the government is giving like the recent Rs 87,000 crore expense, up from Rs 75,000 crore for the Direct Income Scheme for the poor and marginal land farmers. With a slowdown gripping the economy, the non-tax revenues like CPSE profits and dividends are also not on higher trajectory.

7. Besides laying the roadmap, the Finance Minister`s challenge will be a tightrope walk between containing the fiscal slippage and handling growth slowdown. The latter, due to slowdown in consumption, exports and gross domestic capital formation, calls for an economic stimulus package which is at odds with the objective of fiscal consolidation.

8. Fiscal deficit at 3.4 per cent will be difficult to maintain, but credit rating agencies warn of downgrade for India should it fall, making raising capital for Indian companies costly. It will also raise the interest costs of the government while FIIs will shy away.