CBSE paper leak: The petition, filed by Shakarpur-resident  Reepak  Kansal, said that there was no justification whatsoever on the part of the CBSE in deciding to re-conduct the exams without holding any enquiry and finding out those responsible for such serious and intentional lapse which has resulted in extraneous financial consideration 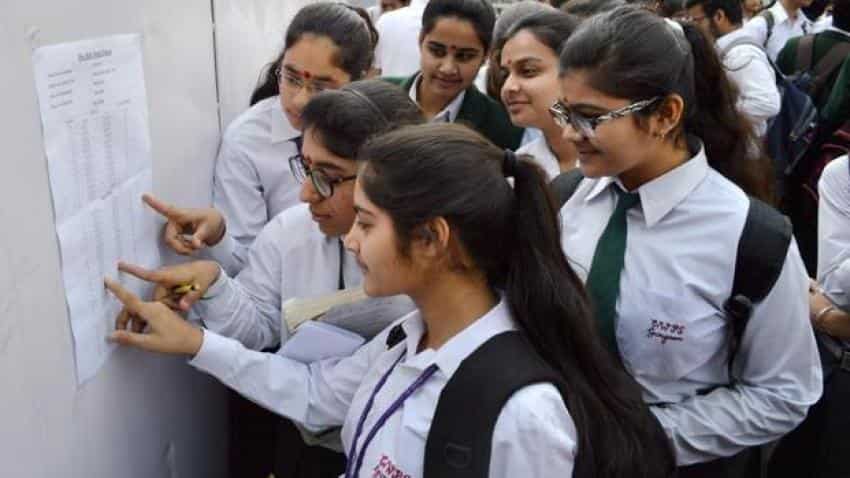 CBSE paper leak: The plea alleged that reports about the question paper leakage was circulated on social media for several hours before the papers started. Image source: PTI

Three people, including two teachers of a private school in outer Delhi's Bawana, were arrested by the Delhi Crime Branch in connection with the alleged leak of the Class 12 CBSE economics paper, police said today. The accused were identified as Rishabh and Rohit, teachers at a private school, and Touqeer, a tutor at a coaching centre in Bawana, they said. Touqeer had allegedly leaked the economics paper half an hour before the exam and sent it to the teachers on WhatsApp, the police said.
The Delhi Police had registered two cases in connection with the leaks.

The first case relating to the leak of the economics paper was lodged on March 27 and the other pertaining to the mathematics paper was lodged on March 28, following a complaint by the regional director of the CBSE. The Class 10 mathematics and Class 12 economic papers were held on March 28 and March 26 respectively. The Crime Branch has questioned over 60 people in connection with the CBSE leak case, including the administrators of over 10 WhatsApp groups on which the leaked question papers were shared.

Those questioned, including tutors and students, had revealed that they got the papers from someone else, an official privy to the probe said. There is nothing to indicate that money was charged for sharing these papers, he said.

A plea has been moved in the Supreme Court against the decision of the Central Board of Secondary Education (CBSE) to cancel and re-conduct the economics exam of Class 12 held on March 26 and the mathematics paper of Class 10 on March 28 over suspicion of alleged question paper leak. The petition, filed by Shakarpur-resident Reepak Kansal, said that there was no justification whatsoever on the part of the CBSE in deciding to re-conduct the exams without holding any enquiry and finding out those responsible for such serious and intentional lapse which has resulted in extraneous financial consideration.

"It is to be noted that this year, 16,38,428 students are appearing for the Class 10 and 11,86,306 students for Class 12 in the CBSE examinations. And therefore, to penalise the student community for an incident which is under investigation and without completion of that investigation/enquiry and issuing a notice on March 28, 2018 (for re-exams), affects the fundamental rights of students which is arbitrary, illegal and unconstitutional," the plea said.

It alleged that reports about the question paper leakage was circulated on social media for several hours before the papers started. "Despite information and complaints, the CBSE denied any leak of question papers and urged students and parents to not to panic," the plea submitted.

It also sought a direction to the board to declare the results based on the exam which was already conducted.

The petition, which sought directions to the Centre and the CBSE, said that due to the inaction/wrong actions of CBSE officials, the fundamental rights of students, falling in the category of re-examination, has been violated as they would not have proper time and opportunity to appear in their respective competitive examinations.

HC notices to CBSE, ICSE on fixing of school fees

The Allahabad High Court has issued notices to the CBSE and the ICSE to file their response on a PIL seeking to regulate exorbitant fees charged by self-financed private schools. The HC has sought the response from the boards within four weeks. The matter would come up for hearing after service of notices to the Central Board of Secondary Education (CBSE) and the Indian Certificate of Secondary Education (ICSE).

A bench of justices Vikram Nath and Abdul Moin passed the order on the PIL filed by Laik Ahmad. The PIL has demanded establishment of a Fee Regularity Commission headed by a retired high court judge to regulate fees to be fixed by private schools.

It further sought directions to the two boards to use their powers to control private schools in fixing fees "as they cannot shut their eyes after grating recognition to run a school".

In view of the delay in passing of a proposed legislation to be tabled in the UP Legislature to control fees charged by private schools, the petitioner had also sought that till the said enactment is passed by the Legislature, the Uttar Pradesh government should be directed to issue some circular or order to control the fees to be charged during the 2018-19 session.

Otherwise, private schools would make excuse that they had already fixed fees for the current sessions and hence, it cannot be revisited, Ahmad claimed. The court's Lucknow bench also asked the Uttar Pradesh government to place its response. The petitioner's counsel Sandeep Yadav pleaded that in Gujarat, the government enacted a law in 2017 to regulate the fees and it was affirmed by the Gujarat High Court.

Similar, a legislation is in the pipeline in UP, but it would take time. In the meanwhile, the new sessions are coming up, he said. Seeking the HC's intervention, the petitioner has demanded immediate action by the state government on the issue.

It has been stated in the PIL, that private schools are charging exorbitant fees and even do not disclose the fee structure nor do they upload it on website. Pleading that education is fundamental right of a child, the PIL said that the schools cannot be allowed to run for only money making.

The Class 12 Hindi (Elective) paper being circulated on the social media was ?fake?, the CBSE said today and urged the people not to spread rumours regarding the paper. The Central Board of Secondary Education (CBSE) is scheduled to hold the Class 12th Hindi (Elective) examination on April 2.

"...A fake question paper of Class XII - Hindi (Elective) (enclosed) is being circulated on social media i.E. WhatsApp, YouTube etc.," the CBSE said in a release. It added that the question papers circulating on these social media platforms were either of a previous year or fake.

"Hence, it is requested not to circulate the news about these fake papers, so that the students and other stakeholders are not misled,? the release said. The board also enclosed the ?fake? Hindi paper, which it said was being circulated on the social media, with its statement.

Yesterday, School Education Secretary Anil Swarup had said the re-examination of the CBSE Class 12 economics paper would be held on April 25, while the Class 10 mathematics re-test, if required, would be conducted only for Delhi-NCR and Haryana in July.

The announcement had come after the board received complaints that the question papers for the two subjects were leaked.