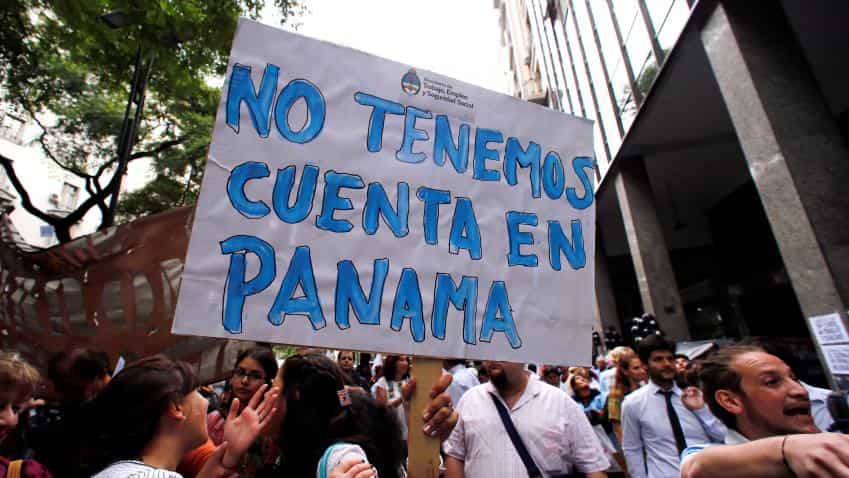 A state worker holds up a sign that reads "We dont have an account in Panama" during a protest against layoffs outside the Labour Ministry in Buenos Aires, Argentina, in this picture taken April 6, 2016. REUTERS/Marcos Brindicci
RELATED NEWS

The International Consortium of Investigative Journalists (ICIJ) has released the entire database of individuals and companies that may be involved in parking money in offshore accounts to save on taxes. Out of these, 22 offshore entities are linked to 1046 Indians with 828 addresses.

When analysed, the data shows that Mumbai and Delhi lead the contact postal address as it appeared in the original databases obtained by ICIJ.

Out of these 828 addresses, 242 were based in Mumbai, followed by New Delhi with 143 addresses.

Bangalore, Kolkata and Chennai followed the two metros with 48, 43 and 41 addresses, respectively.

Interestingly, out of the 22 offshore entities linked to Indians on the ICIJ list, 14 had jurisdiction in British Virgin Islands, seven in Seychelles, two in Panama and one each in Singapore and Niue.

This database contains information on almost 320,000 offshore entities that are part of the Panama Papers and the Offshore Leaks investigations. The data covers nearly 40 years – from 1977 through 2015 – and links to people and companies in more than 200 countries and territories, ICIJ said.

It further said, "There are legitimate uses for offshore companies and trusts. We do not intend to suggest or imply that any persons, companies or other entities included in the ICIJ Offshore Leaks Database have broken the law or otherwise acted improperly."