Centre on Saturday announced that Mahindra group Chairman Anand Mahindra and TVS Group chief Venu Srinivisan would be awarded Padma Bhushan for their contribution to the field of trade and industry. 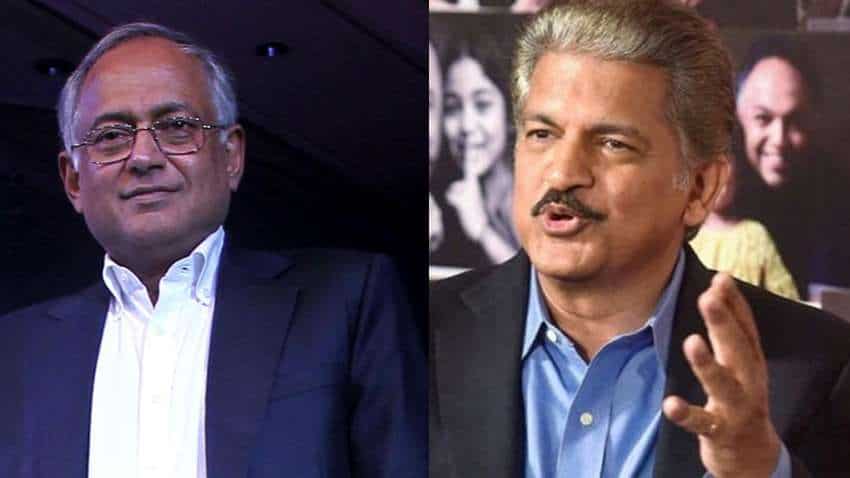 The company recently announced that Anand Mahindra will step down as the Executive Chairman of the board but will continue as Non-Executive Chairman with effect from April 1, 2020. Photos from Twitter and IANS.
Written By: IANS
RELATED NEWS

Centre on Saturday announced that Mahindra group Chairman Anand Mahindra and TVS Group chief Venu Srinivisan would be awarded Padma Bhushan for their contribution to the field of trade and industry.

Mahindra has played a major role in diversifying the Mahindra group, making it global. He took the role of Deputy Managing Director of automobile major Mahindra & Mahindra Ltd in 1991.

Rising through the ranks, he became the Chairman of the group in 2012. He has played a major role in the growth of the the automotive segment of Mahindra and under his leadership, the company has also made several partnerships with global brands in the automobile segment.

He is also known for his philanthropic work along with his active social media presence.

The other awardee of the Padma Bhushan, Venu Srinivasan is the Chairman of automotive major TVS Group, which is the parent of two-wheeler major TVS Motor Company. He was conferred Padma Shri by the President in 2010 for his contributions in the field of trade and industry.

They would be awarded the fourth highest civilian award, Padma Shri.

These awards are conferred by the President of India at a ceremonial function which will be held at the Rashtrapati Bhawan around March-April. This year the President has approved conferment of 141 Padma Awards.

Known as the Canadian Warren Buffett, Indo Canadian billionaire Prem Watsa, who will receive the Padma Shri, is the founder and Chairman of financial services firm Fairfax Financial Holdings. Hyderabad-born Watsa founded the Toronto-based company in 1985.

With a net worth of $3.3 billion, US-based Romesh Wadhwani is the Chairman and CEO of Symphony Technology Group. According to Forbes, he combined nine of his companies that were AI-focused into a new group called SymphonyAI in 2017. After graduating from the Indian Institute of Technology, he went to Carnegie Mellon and received a Ph.D. in 1972 in electrical engineering.

The serial entrepreneur later founded Aspect Development, which i2 Technologies acquired for $9.3 billion in stock in 1999. He sits on the boards of Kennedy Center and the Center for Strategic and International Studies, according to Forbes.