The historic victory for Sindhu has not only resulted in her getting much recognition but rewarded over Rs 4 crore just moments after victory. 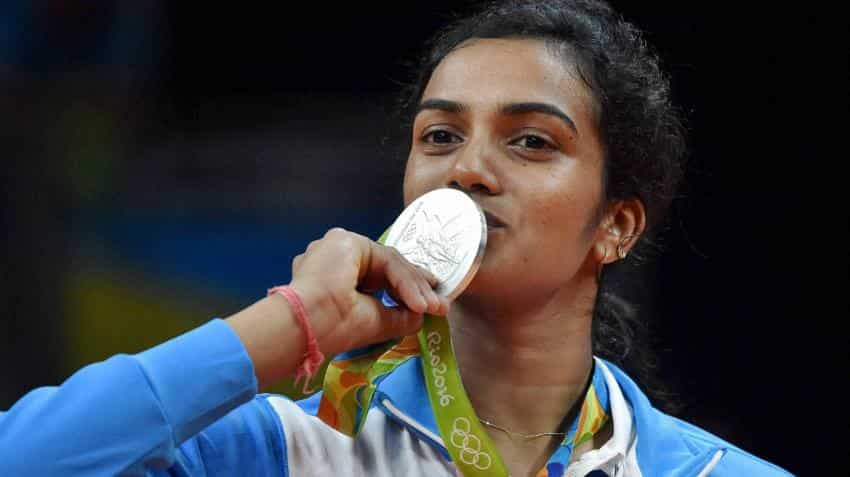 The historic win for Sindhu – the first Indian female shuttler to win a silver medal -- wasn't restricted to nation-wide cheer. She was accorded with cash rewards of over Rs 4 crore soon after her victory.

Moments after her 'silver' win, Madhya Pradesh Chief Minister Shivraj Chouhan announced Rs 50 lakh as prize money for being the first Indian woman to win a silver medal in badminton at the Olympics, ANI said in a tweet.

Another Rs 50 lakh was awarded to the young champion by the Badminton Association of India.

The Telangana government has announced a cash prize of Rs 1 crore to India`s star shuttler. The Badminton medallist hails from Hyderabad, the capital of Telangana state.

The cash prize is likely to be presented by Chief Minister K. Chandrasekhar Rao after her return from Rio De Janeiro, official sources said on Friday.

The new sports policy announced by the Telangana government earlier this year, states that a gold medallist at the Olympics is entitled for a cash prize of Rs 2 crore, while a silver medal winner stands to get Rs 1 crore. A bronze medallist would get Rs 50 lakh.

The Delhi government also announced a Rs 2 crore cash reward for her stellar performance at the biggest sporting stage.

The August 19 women's singles badminton game was a close one, with Sindhu winning the first set out of three (21-19) but Marin taking the lead in the other two with a 21-12 and 21-15 victory.