The Centre has sanctioned 17.3 lakh houses under the Pradhan Mantri Awas Yojana and over 8.8 lakh beneficiaries have been given houses so far. 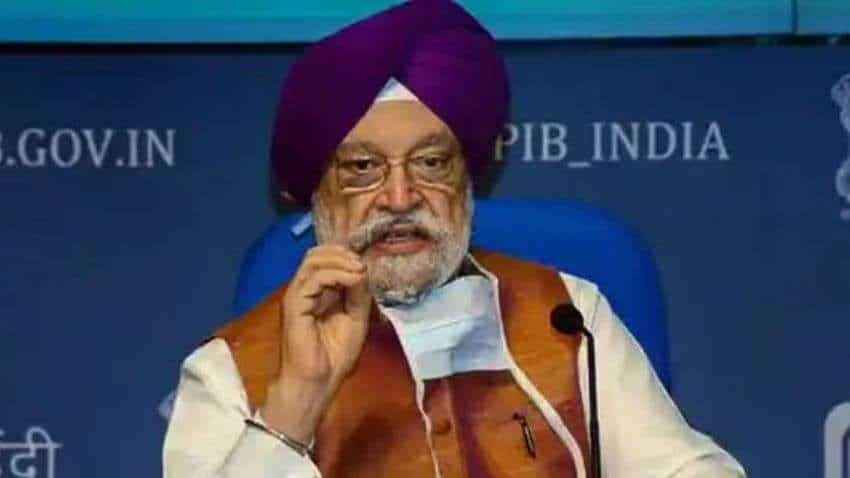 8.8 lakhs beneficiaries have been given houses so far.

More will be given today by the Prime Minister.

"From 2004 to 2014, Rs 1.57 crore was invested in the urban development under central schemes. In the last 6 years, under the leadership of Prime Minister Narendra Modi, the investment in urban development has been increased to seven-folds. Today Rs 11. 83 crore has been invested," Puri said.

Prime Minister Narendra Modi will digitally hand over keys to beneficiaries of the central housing scheme to 75,000 beneficiaries in 75 districts of Uttar Pradesh on Tuesday.

He will also flag off 75 buses under FAME-II for seven cities including Lucknow, Kanpur, Varanasi, Prayagraj, Gorakhpur, Jhansi, and Ghaziabad.

The Prime Minister will also release a Coffee Table Book encompassing 75 projects implemented under various flagship missions of the Ministry of Housing and Urban Affairs.

The exhibitions will showcase the achievements so far under various Flagship Urban Missions of MoHUA.

The Conference-cum-Expo will be open for the public for two days - on October 6 and 7.

Delhi-NCR wakes up to fog; records very poor AQI of 370