10 per cent of CEOs expect the growth rate to go above 7.5 per cent. 56 per cent of the CEOs polled expect jobs to increase during 2018-19 and 18 per cent believe that it will be maintained at the current levels. 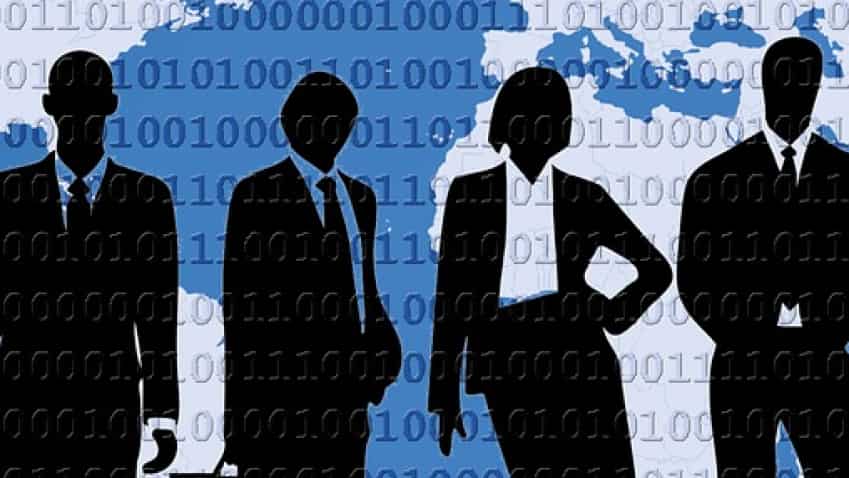 56 per cent of the CEOs polled expect jobs to increase during 2018-19. Image source: Pixabay
Written By: IANS
RELATED NEWS

Industry body Confederation of Indian Industry`s (CII) "CEOs opinion poll" on Monday showed that 82 per cent of the chief executives expect GDP growth to be higher than seven per cent for 2018-19.

Besides, 92 per cent of CEOs polled expect further increase in consumption demand during 2018-19.

On private investment, the data disclosed that 60 per cent of CEOs believe that it will increase during the coming year.

In terms of employment generation, 56 per cent of the CEOs polled expect jobs to increase during 2018-19 and just 18 per cent believe that it will be maintained at the current levels.

According to the industry body, positive sentiments on the Indian economy were "universally expressed" at a meeting of its National Council (NC) held in Pune on June 4, and attended by more than 80 senior corporate leaders.

The "CEOs opinion poll" was held during the CII meeting.

"The economy is in a sweet spot right now as the adjustment process regarding major reforms of the past few years is largely stabilised and industry is ready for a fresh phase of investment while capacity utilisation builds up," CII President Rakesh Bharti Mittal was quoted as saying in a statement.

"Industry is looking forward to GDP growth rate picking up to close to eight per cent over the next couple of years. Fiscal prudence, able macroeconomic management, and strong reforms process have set a sound foundation for growth."

"Exports registered 10 per cent growth over 2017-18 as the global economy is recovering and we expect the momentum to pick over the current year. Going forward, we must leverage stronger overseas demand and shifting global value chains through trade facilitation and competitive products."

Additionally, the CII NC meeting lauded the landmark policy of "Fixed Term Employment" which has recently been extended to all sectors.

Sector-wise, the overall opinion of CII members on the manufacturing sector was that "demand is healthy, although input costs are rising".

Mittal said: "Most manufacturing sectors are firing up now, with automotives, FMCG, electronics and chemicals leading the way. Rural demand can be expected to remain resurgent on the back of normal monsoons as forecast, while public spending on infrastructure is boosting prospects for capital goods and downstream sectors."

Regarding the infrastructure sector, CEOs stated that there is a "discernible pick-up" now as compared to a few years ago.